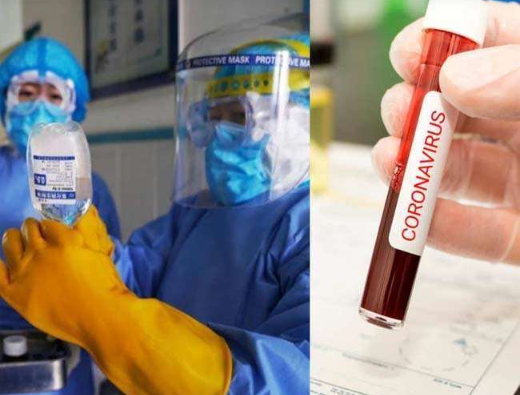 Neelu Ranjan, New Delhi. India may have become the 11th country in the world with one lakh corona cases, but India has taken longer to reach here than other countries of the world. Not only this, according to the statistics of the Ministry of Health, more than three lakh 20 thousand people have died due to corona all over the world, which is an average of 4.1 per one lakh population. There are 3,163 deaths in India, which is 0.2 per one lakh population. The percentage of deaths among the total infected persons is 3.1% in India, while it is more than double the average in the world at 6.8%.


According to data released by the Ministry of Health on deaths per 100,000 population due to corona in different countries, 26.6 per million population in the US, 52.1 in Britain, 52.8 in Italy, 41.9 in France, 59.2 in Spain and Belgium. 79.3 people have died. According to the Ministry of Health, due to early identification of Corona infection and better treatment, India was successful in keeping it limited to 0.2. It is not just about deaths per one lakh population. After treatment, the number of patients coming out of the hospital after treatment in India is 93%. Only seven percent of patients have died. While, on average, 85 percent of the patients in the whole world are coming out of the hospital due to health. In the total case also, the number of healthy patients in India has reached 38.73.


According to the Ministry of Health, India, which became the 11th country to cross the number of one lakh infected, is the sixth in the world in terms of testing. India has done more than 24 lakh tests so far. The biggest thing is that the number of positive patients in the ratio of testing is much less in India than other countries in the world. On average 25 tests in India are getting a corona positive. Whereas in the other world, a patient is being found on very few tests. On average 7.8 in the US, 7.7 in the UK, 15.3 in Japan are found to be a corona positive.


A senior Health Ministry official said that due to timely lockdown and other measures, the corona in India has neither spread as fast as other countries in the world nor has it proved to be as dangerous. According to him, it took 111 days in India to reach one lakh cases from the first case, while 67 days in America, 91 days in Russia, 62 days in Spain, 79 days in Britain, 60 days in Italy, 70 days in Germany and France. It took 76 days.