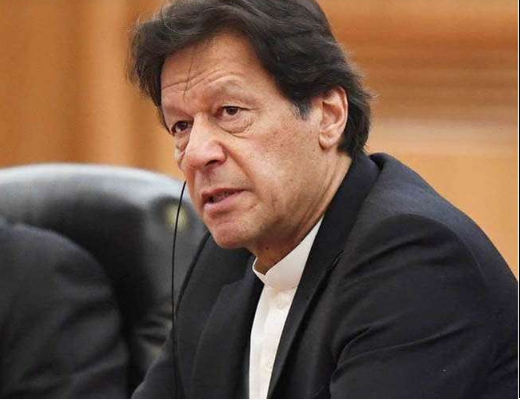 New Delhi / Islamabad, IANS. In an effort to find out the reasons for the rising cost of electricity in Pakistan, the Imran Khan government has revealed the scam of power projects worth more than $ 630 million (about Rs 4,770 crore) under the China-Pakistan Economic Corridor (CPEC). Due to this, Pakistan’s debt has reached 11 billion dollars.

Pakistani media reported that an investigation committee set up by Prime Minister Khan to investigate the damage in the power sector has detected corruption of 100 billion Pakistani rupees by Chinese private power producers.


This scam was related to Chinese businessmen

Profit Pakistan Today (PPT), which broke this news, has not mentioned CPEC anywhere. Former Pakistan ambassador Hussain Haqqani made the revelation in an article in a US-based portal that the scam was related to Chinese businessmen contracted for CPEC power projects. According to the PPT, the nine-member committee submitted a 278-page long report to Khan.

The report attributed the loss to the government to violations of Standard Operating Procedures (SOPs), including independent power producers (IPPs), the cost of establishing government agreements, alleged embezzlement in fuel consumption, electricity charges, in dollars. Benefits are guaranteed and some terms of power purchase are included.


The committee had members from eight organizations, including surprisingly the leading spy agency Inter-Services Intelligence (ISI). The documents related to more than 60 power plants were examined by the committee over an eight-month period.

According to the report, independent power producers are making 50 to 70 percent annual profit as against the 15 percent limit prescribed by the National Electric Power Regulatory Authority (NEPRA). The committee claimed that the owners of the IPP showed additional costs to obtain additional tariffs at the time of contract.

The cost of the power plant prepared by the companies was also accepted by the authorities. The IPP has received 350 billion Pakistani rupees since 1994. According to the committee, IPP owners made unreasonable profits in fuel consumption, while NEPRA never estimated consumption efficiency.