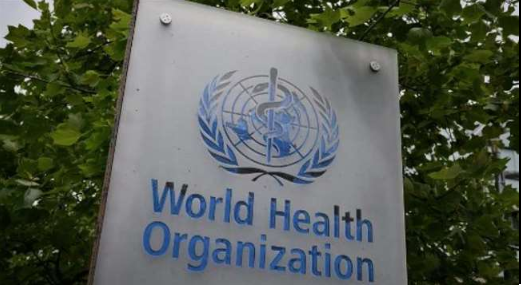 new Delhi. India has also become a part of the campaign of 62 countries in the world seeking to find out the source of the corona virus, who want to cover up how and where this deadly virus came from. India, along with 62 countries, has called for a fair, independent and comprehensive investigation into the source of the world-threatening corona virus. A special draft has been prepared for the WHO annual meeting of the World Health Assembly (WHA). India has also documented the documents demanding investigation, supporting the campaign of European countries and Australia.


Let us tell you that due to this, the straight fingers of many countries have arisen towards China. The name of America is at the forefront, which has many times blamed China for this. Not only this, President Donald Trump himself has described this virus as a Chinese virus and said that it was developed by China and spread from there. However, in research conducted in many countries including the US, it has been revealed that this virus was not prepared in the lab in any way or rather is completely natural. In most research, its source has been attributed to bats. Research has also revealed that there are hundreds of corona viruses present by bats which have been detected earlier. However, it is believed that there is a panic in the Chinese camp when so many countries come together.


Also Read: Covid-19: If you spit at the workplace, you will be punished, you will have to pay a fine, know the new guideline of the government

Let me tell you that for the first time India has made its stand before the international forum on the issue of an epidemic. While more than 49 lakh patients are infected with this virus in the whole world, more than 3.20 lakh people have died. Indication of this attitude of India had already been found. It will also be necessary to tell you here that in the G20 conference, India improved WHO, There was talk of transparency and accountability. When the WHO started it through video conferencing on Monday, politicians from all over the world spoke about it. Everyone wanted to know the Chinese position on this, which till now has been clearly telling itself about the source of this virus. China says it provided timely data on the epidemic and shared the experience of epidemic control and treatment. China very cleverly said to cooperate within a range in investigating the corona genesis. It also announced a grant of two billion dollars to the institution.

It was started by UN Secretary General Antonio Gutarais. He blamed countries somewhere for increasing the outbreak of Corona epidemic. He said that many countries have ignored the recommendations of WHO, which is being borne by all. On questions related to the origin of Corona, he said that he would start an independent assessment in view of the UN Health Agency’s response to the epidemic. An independent oversight advisory body published the first interim report on the UN Health Agency’s response to the pandemic between January and April. Union Health Minister Harsh Vardhan participated in it from the Indian side.