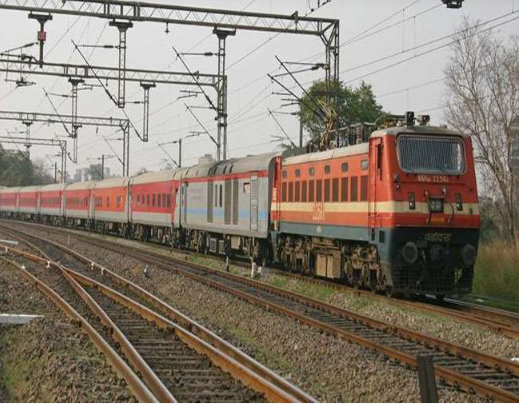 New Delhi [Santosh Kumar Singh]. The Chennai Special Rajdhani Express, which left New Delhi on May 13, has found five passengers corona infected. After getting information about this, four ticket checking staff deployed in this train have been sent to quarantine. Their corona investigation will also be conducted. The Railway Administration will also inform those who traveled with these infected passengers.

Passengers are allowed to travel after conducting thermal screening at the railway station. Despite this, questions have arisen about the safety of railway employees and passengers due to travel of five Corona infected in Chennai capital. Officials of the Southern Railway on Tuesday reported to the Northern Railway officials that the passengers were infected. Four passengers from the infected were traveling in the same coach of the Third AC. While another passenger was in second AC.

Also Read: KBC Registrations- 10th question related to constitution of India, do you know the answer?

No official is willing to say anything about this, but according to the information, the family of these employees has also been kept under observation. Also, the employees who come in contact with them have also been asked to stay in the house for the time being.

Staff concerned about their safety

At the same time, the ticket checking staff is concerned about its safety after the matter came to light. It says that all railway employees posted at railway stations and trains should be provided with the necessary means to prevent corona infection. Also, there should not be any negligence in checking the passengers.

Please tell that Corona has created a furore in the country world. The government is striving to stop the lockdown tax transition. However, during this time, the railway is busy trying to send people trapped outside the house by driving only special trains.