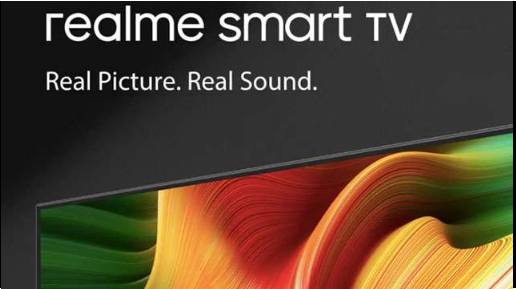 New Delhi, Tech Desk. Realme is preparing to launch its first smart TV and smart watch in India. The company may launch both these products in India on 25 May. Also, the company can also launch its Realme X3 smartphone series in the Indian market. The company has also teased Realme TV and Realme Watch on its official website. Realme TV has also been teased on the e-commerce website Flipkart. There have been teased about features like design, processor, screen and sound system of this first smart TV of the company. Even before the launch of this smartphone, the company has made it available for Blind Order.


The company has started taking blind orders for Realme TV. Users can blind order this smart TV between 18 May and 24 May. For this, the user will have to pay Rs 2,000. After this, users will have to pay the remaining amount after the amount given while placing the blind order between 25 May to 31 May. On June 1, users will receive a coupon of Rs 500, which users can use to buy any product above Rs 5,000 on the company’s website.

According to information teased on Flipkart, this smart TV has a bezel lace design. That is, very thin (name only) bezels will be given on all four sides. Teasing this smart TV, the company has said that users will get Smart Cinema Experience in it.


This smart TV will come with features like MediaTek chipset processor and Chroma Boost. Its display will get 400 nits brightness. Talking about the sound system, 24W stereo speakers have been given in it. The company has shared information about all these features in the promotional teaser. This smart TV has started blind order on Realme’s official website. You can also book it before launch.

Talking about the possible features of Realme TV , it can come with an edge-to-edge display feature. It can be given a 64-bit MediaTek quad core processor. Mali-470 MP3 GPU can be used to improve graphical experience in it. This smart TV can be provided with four speakers and a 24W stereo output. Audio support of Dolvi Atmus can also be found in its sound system. According to the teaser released on the e-commerce website, Artificial Intelligence (AI) features can also be used in this smart TV

Dell XPS 13, XPS 15 May Be Launched in India on July 8, Amazon Listing Suggests

Dell XPS 13 and Dell XPS 15’s 2020 models have already been launched in the US, giving some idea of the specifications. Dell XPS 13...