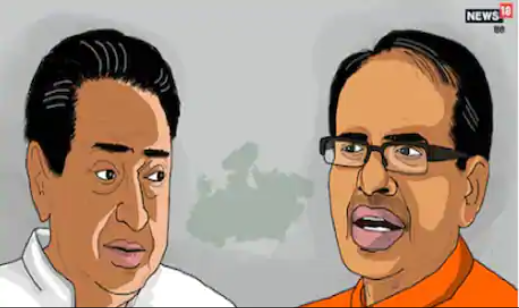 The Congress has erupted after Madhya Pradesh Home Minister Narottam Mishra feared a big scam in the farm loan waiver. Congress has now said to go to court on the issue of farmer loan waiver.


Congress said this
According to the Congress, on the issue of debt waiver, the court will be requested to give directions to the state government that the third phase of farm loan waiver should be completed. The previous Kamal Nath government had decided to start the third phase of farmer loan waiver in the cabinet from June and now the new government should implement it. Former minister Jeetu Patwari has said that the government should take steps to ensure that the farm loan waiver is complete, but the role of preventing the loan waiver is being created by anticipating the scam and disturbances in the loan waiver. According to the former minister, the wife of the state agriculture minister Kamal Patel, who had expressed his concern about the waiver in the farm loan waiver, has also been forgiven the debt in the Congress government.

Also read: If you want to secure the future of your children, then you can invest in these schemes, know full details

Jitu Patwari, who was a minister in the Kamal Nath government, has made a big charge against the state government, saying that the ration of Uttar Pradesh is being sold in Madhya Pradesh. Such complaints have been received in Sagar, which point towards the food grain scam. At the same time, he has also questioned the quarantine system regarding the corona infection. According to Congress MLA and former minister Jeetu Patwari, more amount is being spent on quarantine in the state than Rajasthan. In Rajasthan, where ₹ 600 is being spent on the food of the infected and ₹ 4444 on stay, in the state more than three thousand amount is being spent per person. Apart from this, he has also questioned the government’s signs of giving relief to the revenue of liquor contractors. Home Minister Narottam Mishra said this

In fact, the day before, the state Home Minister Narottam Mishra had expressed the possibility of a big scam in the farmer loan waiver scheme started during the previous Kamal Nath government. The whole matter is being investigated by the Group of Ministers. In such a situation, this issue has now become completely political.

The company has shared information via Twitter that the phone will bring 33W super-fast charging. The phone could also get a Snapdragon 720G chipset. Poco...