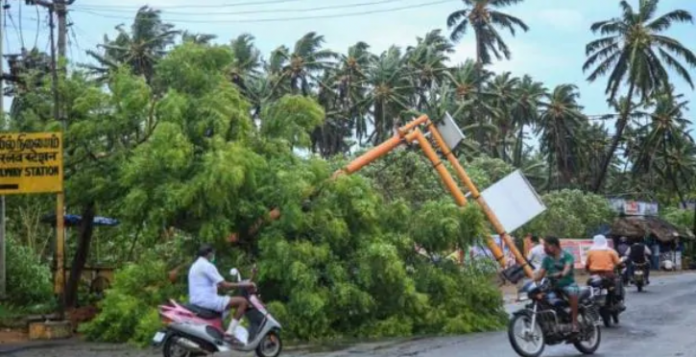 Cyclone Amphan Live Tracking: Cyclone Amfan which hit the Bay of Bengal has now turned into a super cyclone. Which can collide between Digha in West Bengal and Hatia Island in Bangladesh on Wednesday, 20 May. At that time, its wind speed can be 185 kilometers per hour.

Cyclone Amfan, which has hit the Bay of Bengal, has now turned into a super cyclone. Which is now moving towards West Bengal and Odisha with high speed. The Meteorological Department estimates that the super cyclone may cause havoc by reaching the boom. Considering the threat of cyclone, the Narendra Modi government at the center has become active along with the state governments. Home Minister Amit Shah spoke to West Bengal Chief Minister Mamata Banerjee and asked her to provide all possible help from the Center.


Earlier, Prime Minister Narendra Modi held a high-level meeting with the Ministry of Home Affairs and NDMA on Monday evening. During this, preparations were taken to deal with the super cyclone. Seeing the seriousness of the situation in West Bengal and Odisha, the Home Secretary spoke to the Chief Secretaries of both the states.

According to the information received from the Meteorological Department, this cyclonic storm can move from Bay of Bengal towards northeast from this afternoon to evening. It can move between West Bengal-Bangladesh crossing the parts of Sundarbans near Dig and Hatia Islands (Bangladesh). Thus it will be transformed into its horrific form. Due to this, the coastal states are in danger of harm. The next 6 hours are very important for these states.

In view of this, the Meteorological Department has issued an Orange Alert from the eastern coast states of Tamil Nadu and Puducherry to Andhra Pradesh, Odisha, West Bengal, Tripura, Mizoram, Manipur and nearby coastal areas. At the same time, the coastal districts of Odisha are on high alert.

At the same time, Director General of the India Meteorological Department (IMD) Mrityunjay Mohapatra said that the powerful cyclonic storm Amfan made in the Bay of Bengal could cause huge damage in coastal districts of West Bengal and Odisha. He said, Amfan is the second super cyclone (cyclonic storm) in Odisha after the storm in 1999. The Super Cyclone of 1999 killed more than 9 thousand people. 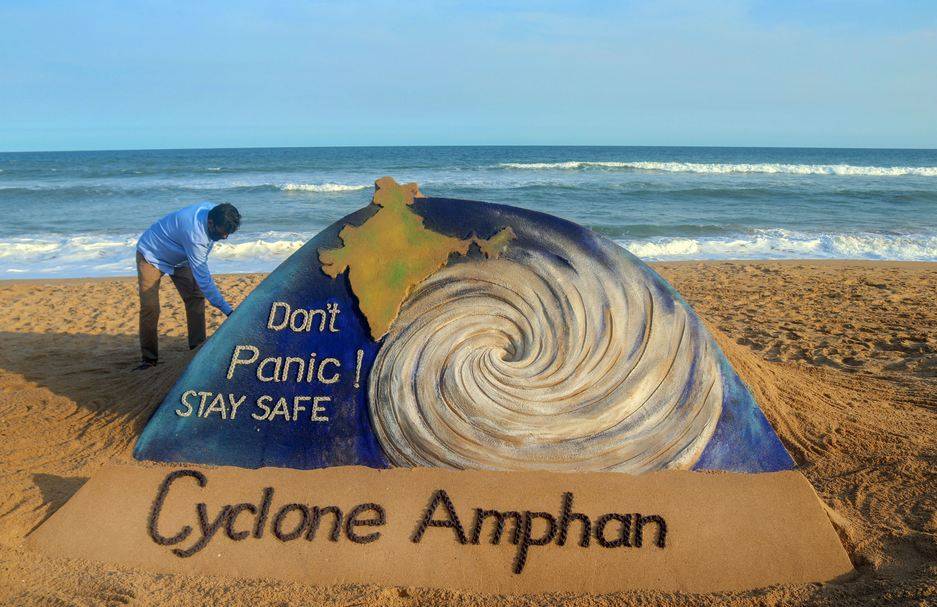 
The Super Cyclone is expected to collide on May 20 between Digha Island near Sunderbans and Hatia Island in Bangladesh. The Meteorological Department has issued an Orange Alert for coastal West Bengal and Odisha, where it is expected to cause heavy losses. According to the Meteorological Department, rain will start from May 19 in the coastal districts of West Bengal like South and North Parganas, West and East Medinipur, Hooghly, Howrah and Kolkata. The Meteorological Department’s DG said that the storm will have more effect in East Midnapore, South and North 24 Parganas, Howrah, Hooghly and Kolkata areas in West Bengal. At the same time, cyclone is facing more danger in Jagatsinghpur, Kendrapada, Bhadrak and Balasore districts in Odisha. It has been decided to stop rail and road transport in the coastal areas of both states till 20 May.

Government of Odisha and West Bengal have started taking necessary steps in view of cyclone storm. The government of West Bengal and Odisha are evacuating people from coastal areas to safe places.

Fear of destruction due to high speed of storm

According to the India Meteorological Department (IMD), Cyclone Amfan has taken the form of a severe storm over the Bay of South and Central Bengal. It has moved north / north-east in the central parts of South Bay of Bengal with a speed of 13 kilometers per hour during 6 hours. Which will hit the coasts of West Bengal, Odisha and Bangladesh on 20 May. During this time the wind speed will be around 155-165 km per hour. Heavy damage is estimated due to the intensity of the storm.

Fishermen warn against not going to sea shore

The Meteorological Department has advised fishermen not to go along the coast of Odisha and Bengal by 20th date. The SDMA has asked people living in areas prone to landslides and along river banks and coastal areas to be vigilant. Also, fishermen have been warned not to go to sea shore or fishing.


Yellow alert in 13 districts of Kerala regarding Hurricane Amfan

The Indian Meteorological Department (IMD) on Monday has predicted heavy rains in Kerala due to cyclonic storm ‘Amfan’. After this, the State Disaster Management Authority (SDMA) has issued Yellow Alert in 9 districts for today i.e. Tuesday. Yellow alert means that people and officials have to be vigilant, as heavy rains are expected in the state.

Forecast of heavy rains in many states, Orange alert issued

According to weather forecast agency Skymet, moderate to heavy rains are expected to continue over Kerala, coastal Karnataka and parts of southern Tamil Nadu. Rain is expected at Interior Tamil Nadu, Interior Karnataka, parts of Madhya Maharashtra, parts of Chhattisgarh, West Bengal, Odisha and North Eastern states. Cyclone Amphon may affect 8 states of the country. Regarding which alert has been issued in many states. The Meteorological Department has issued an orange alert in the eastern coast states of Tamil Nadu and Puducherry to Andhra Pradesh, Odisha, West Bengal, Tripura, Mizoram, Manipur and adjoining coastal areas in view of the possibility of a cyclonic storm. At the same time, the coastal districts of Odisha are on high alert.

Dell XPS 13, XPS 15 May Be Launched in India on July 8, Amazon Listing Suggests

Dell XPS 13 and Dell XPS 15’s 2020 models have already been launched in the US, giving some idea of the specifications. Dell XPS 13...