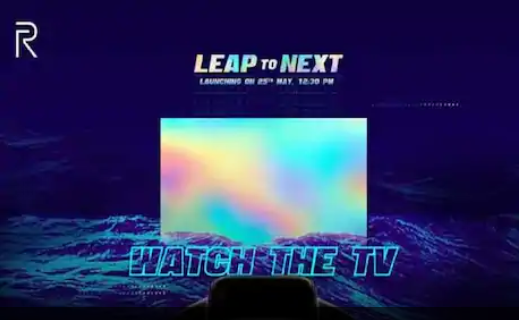 Realme said that the live streaming of the company will be launched on social media platforms on May 25 at 12.30 pm.

new Delhi. Chinese smartphone manufacturing company Realme will launch Realme TV (Realme TV) and Realme Watch in India on May 25. The company tweeted and gave information about it. Realme told that on May 25 at 12.30 pm, the company’s live streaming will be live on social media platforms. Reality TV’s display will come with Full HD and Ultra-HD resolution and Dolby Vision, which will support Android TV and Google Assistant.

Also Read: Here are some useful add-ons to optimise your SIPs
What will be special in Reality Watch?
The Realme Watch will get a 1.4-inch TFT display with 320×320 pixel resolution. Reality Watch will come with curved display with square shape. The operating system will be used and Google’s wearable software will be used as software. This watch can be launched with IP68 certification. Meaning this watch will be dust and water resistance. It will also have a 24-hour heart rate monitoring feature with a 160mAh battery. It is also expected that Realme Watch will give 7 days battery backup in single charge.