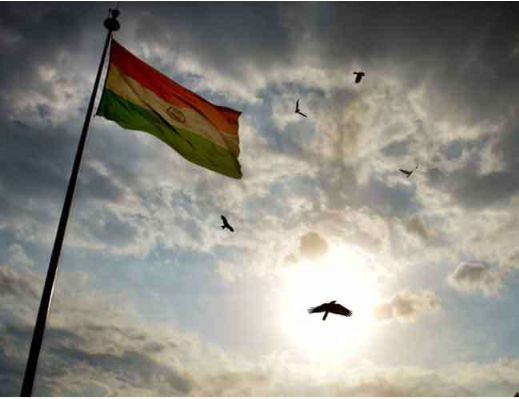 JNN, Jalandhar. The weather is turning fast. After two days of intense sunshine, the sky once again turned cloudy and rains accompanied by storms in many parts of Punjab. The mercury fell again. Even today, the sky is cloudy in many parts of the state. Strong winds are blowing. According to the Meteorological Department, the sky will be cloudy till 18 May. Drizzle can also occur at some places.


Due to the western disturbance on Thursday afternoon in Punjab, rains lashed many districts. During this time, strong winds also occurred at a speed of about forty to fifty kilometers per hour. On Thursday, Jalandhar, Amritsar, Hosiyapur, Kapurthala, Firozpur and Gurdaspur received rains in many districts.

The maximum temperature dropped by 13 degrees Celsius due to rain and May was so cold in Punjab after 16 years. Earlier, in 2004, due to rain in the second week of May, such cold was felt. According to the Meteorological Department, similar cold conditions will remain in the coming days. This is happening due to western disturbances.


On Thursday, 12 mm rainfall was recorded in Ludhiana and 2.2 mm in Amritsar. The maximum temperature was 25.3 in Amritsar, 33.2 in Ludhiana and 29.2 degree in Jalandhar. According to the Meteorological Department, the sky will be cloudy till 18 May. Drizzle can also occur at some places.

The rain on Thursday with strong winds has drawn worry lines on the foreheads of the farmers who cultivate the malefic. Narhe is cultivated extensively in Bathinda, Mansa, Fazilka and Muktsar. According to agricultural expert Dr. Baldev Singh, this rain is beneficial for crops other than Narma. In districts where there is rains, if there has been rains in the middle of strong winds, it will have caused a lot of damage to the sprouted plants in the fields. According to Dr. Baldev Singh, sowing of paddy is currently underway. In such a situation, the farmers who cultivate paddy powder will benefit, because they will not have to apply separate water to prepare the field.