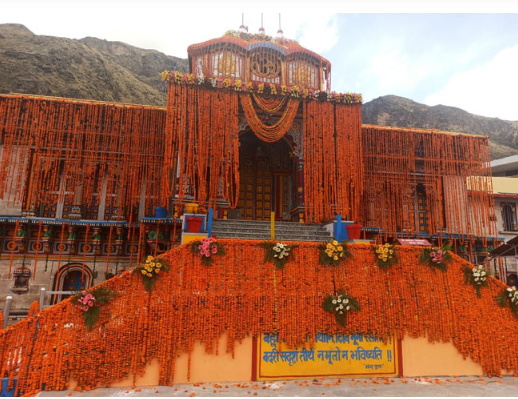 Badrinath (Chamoli), Jnn.  Chardham Yatra 2020 Kapat of Badrinath Dham has been opened for summer with full legal practice at 4.30 am in Brahma Muhurta. The first puja in the Dham is being performed in the name of Prime Minister Narendra Modi. On this occasion, CM Trivendra Singh Rawat said that the doors of Chardham have opened. The Chardham Yatra will begin soon.

Situated at an altitude of 10276 feet above sea level in Chamoli district, the shrines of Bhumi Vaikuntha Sri Badrinath Dham were opened on Friday on the auspicious time of Jyeshtha month, Krishna Ashtami Tithi, Aquarius Dhanishtha Nakshatra, Aindradhatha Yoga. Due to the coronary period, limited attendance was present on this occasion. Also, social distancing was also followed and masks were worn. However, this time the melodious sound of the army band, the sound of the devotees, the sound waves of the bhajan circles were not heard in Badrinath Dham.


The devastation of the Corona epidemic this year has also affected the four dhams of Uttarakhand. Ashram, shops, small and big hotels, restaurants, dhabas are closed in Badripuri. After the opening of the kapat, the sound of the Veda mantras made the Badrishpuri resonant and the temple was illuminated with electric lights with floral decorations. Earlier on 14 May, Rawal ji, Shri Uddhav ji, Shri Kubera ji and Gadughada (Telkalsha) Yoga Dhyan Badri Temple, including the holy throne of Adi Guru Shankaracharya, reached Shri Badrinath Dham from Pandukeshwar. 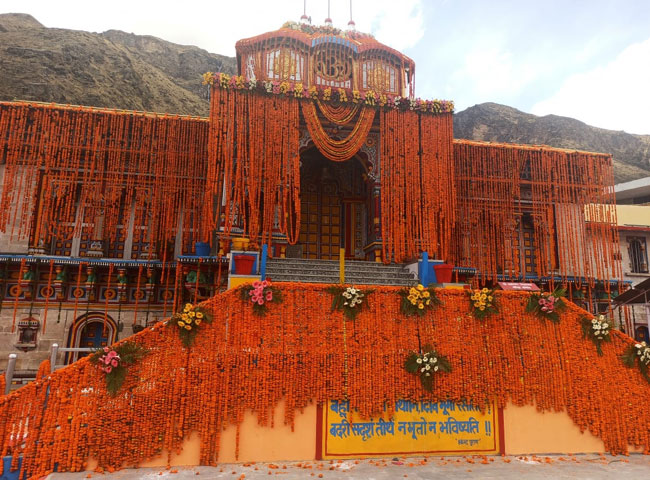 In view of the corona epidemic this year, Chardham Yatra has not started. Only the doors have been opened. Devasthanam Board had completed preparations for opening of the valve. Under this, the process of opening the doors started at Shri Badrinath Dham from 3 am. The officers of the Devasthanam Board reached near the premises of Sevadar, Haq-Hakukdhari Temple. When Shri Kubera Ji reached the Badrinath temple complex from Bamani village, Rawal and Dimri Haq-hakukdhari took the Lord’s Sakha Uddhavji and Gadu Ghara with oil kalash to the door to worship. 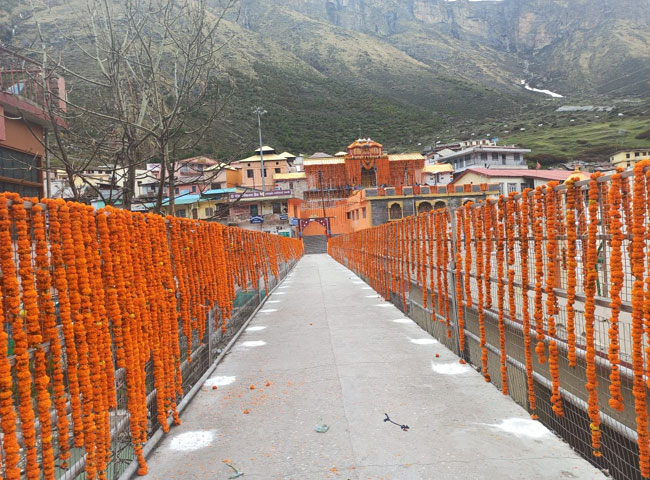 The door worship ceremony concluded with the chanting of Vedic mantras and then Rawal Ishwari Prasad Namboodri opened the doors of Badrinath Dham on Brahma Muhurta. As soon as the doors of the Shri Badrinath temple opened, Mata Lakshmi ji was seated from the sanctum sanctorum of the temple by Rawal in the Laxmi temple in the temple premises. Shri Uddhavji and Kubera Ji sat with the Badrish Panchayat. After the opening of the kapat, the wetted blanket blanket was distributed in the temple as a prasad in the winter. Hand-woven ghritakambal prepared through the village of Mana is offered to Lord Badrivishal on the occasion of closing of the valve. With the opening of the doors of Shri Badrinath Dham, wished for retirement, health and world welfare of mankind’s disease.


First worship in the name of PM Modi

The first worship of Lord Badri Vishal is being done for the welfare of humanity in the name of India’s Prime Minister Narendra Modi. Pujas booked online will be edited by the passengers on their behalf. At the same time, with the opening of the doors of the dham, the gates of Mata Lakshmi Temple, Ganesh Temple, Hanuman, Lord Badri Vishal’s doorkeeper Ghantakarna’s temple, Parikrama’s small temple and Adi Kedareshwara Temple, etc. Guru Shankaracharya Temple have opened in the temple premises. The mata idol temple near Mana and the Bhavishya Badri temple of Subhai Tapovan were also opened.

On this occasion, Chief Minister Trivendra Singh Rawat has given best wishes to the devotees of the country and abroad. He hoped that soon the corona epidemic would end and soon the Uttarakhand Chardham Yatra would begin, after which pilgrims would be able to reach for darshan. At the same time, State Tourism Minister Satpal Maharaj has congratulated the opening of the doors of Badrinath Dham. He said that as soon as the doors of Lord Badarvishal opened, the doors of the four dhams of Uttarakhand have opened. The Chardham Yatra will also begin at the right time. For this, he is also in constant touch with the center. MLA Badrinath and Uttarakhand Chardham Devasthanam Board Member Mahendra Bhatt and MLA Gangotri and Devasthanam Board Member Gopal Singh Rawat expressed happiness at the opening of the doors of the dham.


According to Tourism Secretary Dilip Javalkar, now continuous work is going on at the government level to speed up tourism, pilgrimage. Garhwal Commissioner Raman Ravinath, CEO of Uttarakhand Chardham Devasthanam Board, said that during the opening of the doors of the Dham, the Devasthanam Board ensured adherence to the high level guidelines. On the occasion of opening of the court, Rawal Ishwari Prasad Namboodri along with Devasthanam Board in-charge officer BD Singh, Naib Tehsildar Pradeep Negi, Dharmadhikari Bhuvan Chandra Uniyal, Additional Dharmadhikari Satyaprasad Chamola, Police Officer Satyendra Singh, Inspection Inspector Surya Prakash Shah etc. were present.

This time, with the help of donors of Badrinath Pushp Seva Samiti Rishikesh, decorated Badrinath Dham with ten quintal flowers. From the old bridge adjacent to the temple to the main temple complex is decorated with various flowers and pylons. Lockdown is fully implemented in Dham. Shops, hotels, dhabas, ashrams etc. are closed. There is no movement in nearby villages Bamani and Mana. The bathing ghat is also quiet along with the heated pool, Brahma kapal, the slow sound of the Alaknanda river is heard.


Dr. Harish Gaur, media in-charge of Uttarakhand Chardham Devasthanam Board, said that the government advisory was followed, including Shoel Distancing in view of the corona lockdown. Masks were worn and cleanliness was taken care of. It is worth mentioning here that the doors of four dhams of Uttarakhand have been opened.