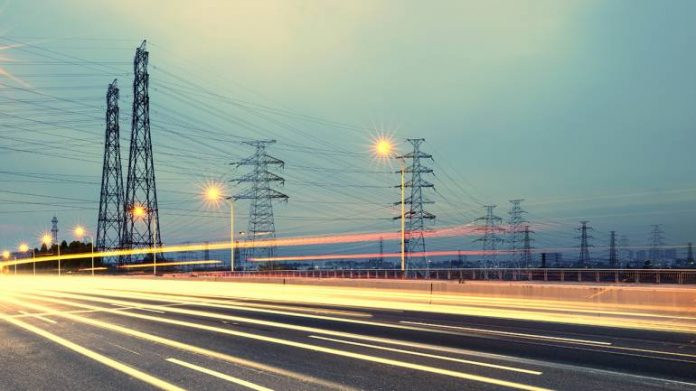 While the Power Grid Corporation is confident of seeing the task through, if the sudden drop and rise is not handled smoothly, the transmission lines could trip due to voltage surges.

New Delhi: Prime Minister Narendra Modi has appealed to the nation to switch off all lights in homes and light candles, diyas, torch lights or phone flash lights for nine minutes on April 5 to ‘feel the collective battle that we are all fighting’.


This unusual tactic might have created an additional battle for the national electricity grid to contend with. If a sizeable portion of the population does indeed switch off their lights at 9 pm, the electricity demand is expected to suddenly fall by around 12%, creating a situation where supply may suddenly outstrip demand quite significantly.

“It’s like suddenly putting a brake of a car in motion, or suddenly pushing the accelerator to the floor…it is difficult to predict how the car will exactly behave. It is the same predicament, but much more complicated, that we all are facing,” a senior executive from the power sector told Moneycontrol.


After the sudden fall in demand, there will be a sudden spike too at 9.09 pm, if a large chunk of the population does follow Modi’s lead.

In order to maintain stability of the power grid, Power System Operation Corporation Ltd (POSOCO) has to manage supply within a frequency range based on projections of demand. If the demand and supply mismatch is large, the grid could trip causing power outages.

To manage the sudden drop and then the equally sudden rise within a matter of nine minutes on Sunday, the grid authorities have to ensure that they first reduce electricity supply and then increase it to be able to match the demand at 9.09 pm.

If these manoeuvres are not slick and accurate, the transmission lines could trip due to voltage surges and the national grid could be damaged leading to an extended power outage.
However, the power ministry is confident of managing the tricky situation that will be created by the ‘event’.


“Power Minister R K Singh has discussed the issue with Power Grid Corporation of India (PGCIL) and the grid operator Power System Operator Corporation (POSOCO) in today’s meeting. They are up to the task and are confident of managing the grid stability for the event,” a ministry spokesperson said.

It is not going to be easy particularly because the grid is already managing a drastic reduction in power demand due to the fall in electricity demand by commercial and industrial sectors following the lockdown.

“As it is the electricity demand in the country has crashed due lockdown and the grid is balancing excess generation with low demand. If not blackouts, the announcement can lead to anxiety among grid authorities in these challenging times,” a ‘former bureaucrat’ told the Economic Times.


Electricity demand fell by 30% in March 2020 compared with March 2019 and has caused the power sector to scramble to manage the stability of the grid. Sunday’s blackout event has now given them an additional problem to worry about.

For instance, the Uttar Pradesh state load dispatch centre has already planned staggered load-shedding from 8 pm to 9 pm to make the dip in demand less sudden. It has also asked generation units to operate below ‘technical minimum’ and asked hydro generation stations to reduce generation. The state could see a ‘sharp load reduction’ of 3000 MW due to the event in a short period of time.

Maharashtra’s Energy Minister Nitin Raut said that switching off all the lights might lead to failure of the grid and appealed to people to light candles and lamps “without switching off lights”.

If all lights are switched off at once it might lead to failure of grid. All our emergency services will fail&it might take a week's time to restore power.I would appeal to the public to light candles&lamps without switching off lights:Nitin Raut,Maharashtra Energy Minister (3.4) pic.twitter.com/2j2gtOoJKi


Some experts believe though that the grid is equipped to deal with the challenges that Sunday’s event will throw up.

“We have systems in place to deal with these situations. In any case, people will only be switching off lights and not appliances. So the drop in demand is not going to be that high. The grid is going to handle it,” a former official at the Tamil Nadu Energy Regulatory Commission told The Wire.

The Punjab State Power Corp Ltd also evidently believes that the issue will be manageable.


In 2012, existing systems failed when India saw the world’s worst ever blackout affecting 700 million people over two days in July. Railways, metro operations, airports and businesses were affected by the outage caused by a sudden spike in demand.
While the northern regions were drawing a large quantum of power due to delayed monsoon in the north, the demand in western regions was lower due to good monsoon rain in the region. This led to an imbalance between gr


ids and the circuit breakers tripped in a cascade causing blackouts in most parts of the country.

What goes in favour of those who have to manage the ‘lights-out’ event on Sunday is that they have prior notice of more than 48 hours to ensure the stability of the grid given the demand and supply mismatch that will result from the event. Though things could have been trickier still had they been given only four hours like the country was before the lockdown was implemented.