The National Highways Authority of India (NHAI) has decided to extend the last date for submission of bids to 11 March for its fourth package of road assets under toll-operate-transfer (TOT) model. The original deadline lapsed in January.


Last month, the NHAI had also cut the size of the package by half in value to attract more bidders.

Under the TOT model, long-term concessions for collecting toll revenues are auctioned to the highest bidder. The NHAI, the nodal agency of the ministry of road transport and highways, has so far successfully completed two rounds of such auctions in the two years and failed in one.

In October 2019, the NHAI had invited bids for its fourth bundle of road assets – TOT4. The initial estimated concession value was set at ₹4,170 crore for seven stretches totaling around 401km, spread across Jammu & Kashmir, Punjab, Haryana, Rajasthan and Madhya Pradesh and Maharashtra.

With buyers wary of committing large amount of capital to a single asset, the NHAI, in January, downsized its fourth bid for monetisation of toll assets by around ₹2,000 crore, removed the identified stretches in Maharashtra and set the new deadline for the end of February.


For the previous round as well, the NHAI has deferred the deadline to submit bids twice—from mid-September to 31 October—following investors’ requests for more time.

The TOT model was introduced in 2016 to monetise publicly-funded highways, where investors could make a one-time lumpsum payment in return for toll collection rights of 30 years.

The first round in February 2018 was a success, where Australia’s Macquarie, the winning bidder, offered ₹9,691 crore compared to the reserve price of ₹6,258 crore for 700km of highways.

The NHAI had cancelled the second bundle spread over 584km across four states as bids were far below the agency’s expectations. In November, roads investment platform Cube Highways and Infrastructure Pte Ltd emerged as the highest bidder in round three of TOT, offering ₹5,011 crore for 566.27km of road assets. 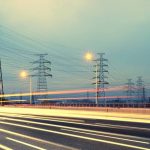 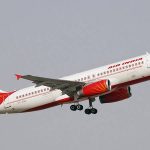 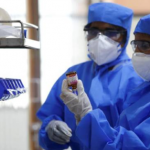