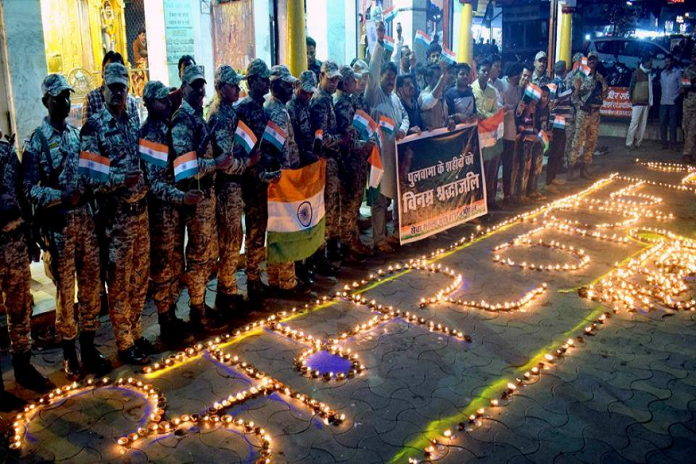 Mohd Salim said the government should have pin pointed and inquired into how 80kg RDX got across the border and how our soldiers got killed.


New Delhi: In a statement that is likely to trigger a political row on the one year anniversary of the terror attack at Pulwama, CPI(M) leader Mohammed Salim on Friday said there was no need to build a memorial for the 40 CRPF personnel killed as it only reminds the country of incompetence in failing to stop the attack.


“We don’t need a memorial to remind us of our incompetence. The only thing we need to know is how 80kg of RDX got past the international borders to the ‘most militarised zone on earth’ and exploded in Pulwama,” the politburo member tweeted.


Speaking to News18, Salim said he sympathises with the family and friends of those killed and pays tribute to the great souls, but questions must be asked about the failure to stop the attack to ensure such sort of an incident does not take place again.

“We don’t guard our foot soldiers… the top brass is not concerned. RDX crossed our border. The government should have pin pointed and inquired into how it got across and how our soldiers got killed,” he said in a phone conversation.


Officials have said that high-grade RDX explosive, weighing about 80 kilograms, was used in the suicide attack on a CRPF bus that killed 40 security personnel in one of the deadliest terror strikes on security forces in the Kashmir Valley in three decades, bringing India and Pakistan to the brink of war.

The CRPF has built a memorial to the personnel killed in the terror attack. It will be inaugurated at the Lethpora camp on Friday. “It is a way to pay homage to the brave jawans who lost their lives in the attack,” Additional Director General of CRPF Zulfiquar Hasan said after a visit to the site where the memorial has been erected.


The names of all the 40 personnel along with their pictures will be part of the memorial along with the moto of the Central Reserve Police Force (CRPF) — ‘Seva and Nishtha’ (Service and Loyalty).

A year on, however, question marks remain over the attack as internal findings of the CRPF had revealed a massive intelligence failure. Among other reasons, the CRPF report pointed out the unusually long length of the convoy, which made it an easier target. There was also a general alert against IED threats, but sources said there was no particular warning of a car-based suicide bomber.