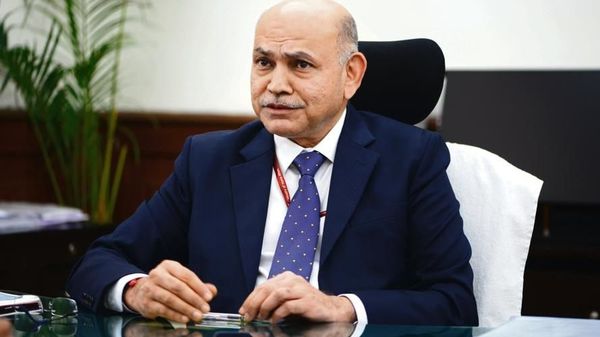 New Delhi: The income tax department will track more high-value transactions of individuals to ensure that these get reflected in their income tax returns, Central Board of Direct Taxes (CBDT) chairman P.C. Mody said in an interview.

Greater use of technology, data analysis and artificial intelligence to comb through large transactions taking place in the market will also help in tracking people who do not file their returns despite entering into many high-value transactions. By correlating the spending and investments made by people with their known sources of income, the department wants to make sure that people do not evade taxes. The emphasis on efficiency in tax collection and on adding more taxpayers come at a time when a slowing economy has made it harder for the tax department to achieve the 12.7% growth in direct tax collections in FY21 while nominal GDP growth is expected to be only 10%.


“We are increasing our information mechanism to a newer level and the reporting entities (third-party financial institutions) are being increased. Once we have this information available with us along with the data of the taxpayers, we will be in a position to compare almost on a real-time basis as to what high-value financial transactions a tax payer is doing and how is he filing the returns of income,” said Mody. He, however, said it was not correct to call it surveillance. “It is totally non-intrusive and absolutely non-adversarial. It is a subtle persuasion,” said the chairman, adding that it was akin to telling taxpayers that the authorities are aware of the value transactions made by them, which should get reflected in their tax returns.


At present, the department collects information about certain high-value transactions which along with details of tax deducted and collected at source in the case of individuals is available for viewing in the tax department’s portal in the form 26 AS statement. The information collected for this includes savings bank deposits, credit card bill payments and investments in instruments like mutual funds above a specified threshold. Mody said that scaling up information gathering will also enable the department to offer pre-filled returns of income. “We are looking at (enhancing) tax collections as well as offering tax payer service,” he said.


Mody rejected criticism that increasing the number of slabs in the proposed lower personal income tax scheme complicates the tax structure. He said having multiple slabs suggests that the tax system is more progressive.


Mody also rejected fears that certain steps proposed in the budget—introducing a monetary limit for tax-free contribution by employers to the retirement savings of employees and taxation of dividend in the hands of shareholders—could alienate high income earners. “For us, every taxpayer is important. We have adopted the classical system of taxation. Dividend is taxed in the hands of the recipient. As far as personal income tax rate is concerned, India is comparable to other countries. So, there is no concern of flight of persons to other countries. Besides, we are offering more services and convenience. We are offering a taxpayer charter,” he said. Taxation of dividend in the hands of shareholders and limiting the tax-free contribution of employers to the retirement savings of employees had displeased many high-income earners. The Narendra Modi administration has shown an inclination to increase the tax on the well-off to raise resources for welfare measures. Last year, the government increased the surcharge on income in two slabs. Accordingly, a person earning more than ₹5 crore annually has to pay 42.74% on the income exceeding ₹5 crore.


Another budget proposal aimed at checking abuse of certain tax provisions was to modify the concept of residence, which raised fears of global income of NRIs working in countries like the UAE, where there is no income tax liability, might be taxed in India. The finance ministry clarified that only the India income of such people will be taxed. Mody said that the department has to balance revenue considerations and recommendations from stake holders while framing budget proposals.