“In the long-term, a taxpayer would indeed end up paying a higher tax amount in the new regime as compared to the old regime.”

The Ministry of Finance on Saturday announced a new, simplified income tax regime for taxpayers.


“Currently the Income Tax Act is riddled with various exemptions and deductions which make compliance by the taxpayer and administration of the Income Tax Act by the tax authorities a burdensome process,” Finance Minister Nirmala Sitharaman had said in her budget speech.

Individuals and Hindu Unified Families (HUF) have the option to pay tax as per the new regime under reduced rates with no exemptions.


The new tax policy has close to zero exemptions.

Here’s the catch, it is up to the taxpayers the regime under which they would like to file their taxes. It is indeed taxing picking the tax regime that provides maximum tax benefits for taxpayers.

In theory, the new regime with lowered rates and lesser complications may seem attractive to taxpayers. However, considering the overall tax benefits a person can avail under current exemptions and deductions, they will pay a higher tax amount overall under different slabs.

Even with a higher tax rate, considering the most common deductions and exemptions, a taxpayer will pay a lower tax amount overall as per the old regime. 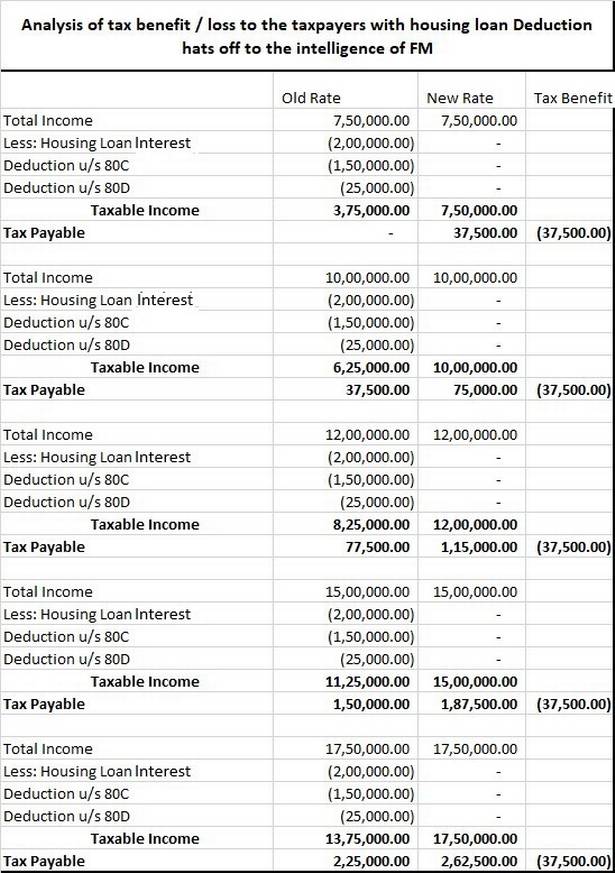 “Taking into account some of the most common exemptions exercised under the current tax regime, a common taxpayer will end up paying more as per the new regime,” says Ravi Tanna, a Chartered Accountant practising in Rajkot.

Tanna said, “These calculations include the three most common means that a taxpayer adopts to reduce their tax liabilities including housing loan, investments such as EPF, ELSS, insurance plans, payments towards fixed deposits, etc. and medical insurance under 80D.”

As per Tanna’s calculations, with the maximum amount of reduction in tax liabilities through housing loan interest, exemptions under 80C and 80D, as per the old regime, an individual will end up paying ₹37,500 more if they choose to go with the new scheme..


“If we were to consider every single exemption under the old regime, the tax benefit incurred would have to be analysed on a case-to-case basis,” he further said. “The new regime may seem preferable to some, especially first-time taxpayers considering the simplified nature of the tax slabs. Another important aspect to be considered while comparing the two regimes is the immediate cash-flow for the taxpayers. To avail the benefits of the old regime which in theory does lead to a lower payable tax amount, we must consider the cash crunch caused when money is invested in different schemes to avoid tax liability.”

The taxpayer avails the benefits of these investments after a year when they file their returns. Hence, the new scheme may appear attractive to some as they pay only the tax amount every month as compared to having their money blocked in investments for a year.

“However, considering the deductions and exemptions provided in the old regime, in the long-term, a taxpayer would indeed end up paying a higher tax amount in the new regime as compared to the old regime,” Tanna said.


“One of the most important aspects to be considered while choosing a regime is the type of income. Individuals and Hindu Unified Families who are salaried employees can choose between going back to the old regime if they choose to go with the new regime,” said Tanna.