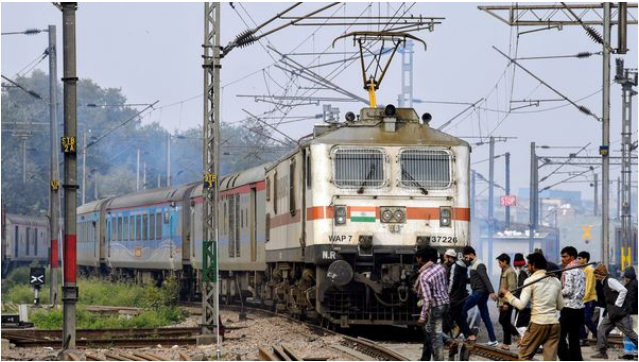 Government has set a target of next three years to completely electrify the tracks of Indian Railways. This was announced by the Union Ministry of Finance on Sunday after Finance Minister Nirmala Sitharaman presented her second budget on 1 February.

The Ministry of Finance in a series of tweets has stated that Indian Railways will aim to achieve the full electrification of its tracks in the next three years.

“37,500 km (58 per cent) of Railway tracks already electrified. Balance 27,000 km to be electrified by Railways by 2023. Will reduce pollution, enhance the efficiency of Railways,” it tweeted.


In 2018-19, the railways had consumed about 18 billion units of electricity (around 1.27 per cent of the country’s total power consumption) and 3,069.30 tonne kilolitres of diesel for its traction need.

Yadav said with 100 per cent electrification and the rail traffic projected to grow, it was estimated that the Indian Railways would be consuming around 28-30 billion units of electricity for its traction requirement.

In another tweet, the Ministry said: “150 trains to be run by the private sector under PPP arrangement, which is likely to attract private investment of about ₹22,500 crore for Railways.

As per the NITI Aayog data, carbon dioxide emission from the Indian Railways was around 6.84 million tons in 2014. Amid global concerns over climate change, Indian Railways is also working to reduce the carbon emission.


Piyush Goyal also said that the Indian Railways will be 100% electrically run by 2023.

The railways have taken several steps have been taken to expedite electrification of railway lines in the country and they include, award of Engineering Procurement and Construction (EPC) contracts, better project monitoring mechanism, delegating more power to field units for the award of contracts/sanction of estimates and close monitoring at the highest level.