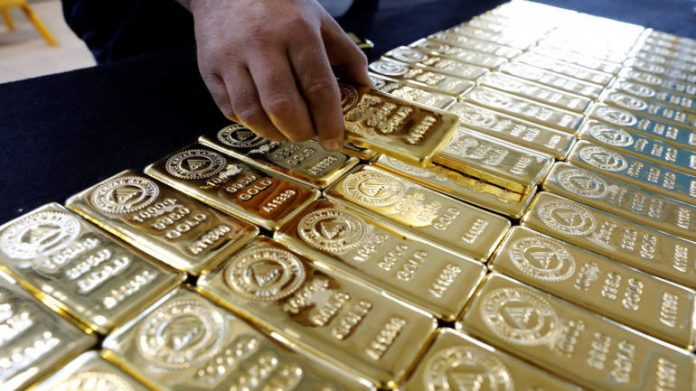 The gold prices on the MCX have opened flat on Thursday as the US and China concluded their much-awaited phase one trade deal on Wednesday. The focus now has shifted to China’s fourth-quarter GDP numbers and industrial production for the month of December, Jigar Trivedi, research analyst – Commodities Fundamental, Anand Rathi Shares & Stock Brokers, said. On MCX, gold February futures were trading Rs 57 or 0.14 per cent higher at Rs 39,668 per 10 grams while Silver futures were trading Rs 128 or 0.28 per cent lower at Rs 46,261 per kg.


“MCX gold has opened flat after yesterday’s swift up move. The much-awaited US-China phase one trade deal has ended yesterday and focus has shifted to China’s Q4 GDP and industrial production for December. Further, the market will also keenly observe December industrial production of US since dollar has fallen sharply. The investment demand has improved slightly from a week ago. The gains in the gold may get capped due to appreciating rupee. Hence, on the MCX Rs 39,720-39,790 are resistance and Rs 39,500-39,510 are supports,” Jigar Trivedi said.


Gold prices had gained 18 per cent last year on the back of the trade war and its impact on the global economy. The world stocks have edged up to a record high as the Phase 1 deal reduced uncertainties that beset financial markets. Spot gold inched 0.1 per cent higher to 1,556.69 dollar per ounce. US gold futures rose 0.2 per cent to 1,556.40 dollar. Silver was flat at 17.99 dollar per ounce, as per the Reuters news report.