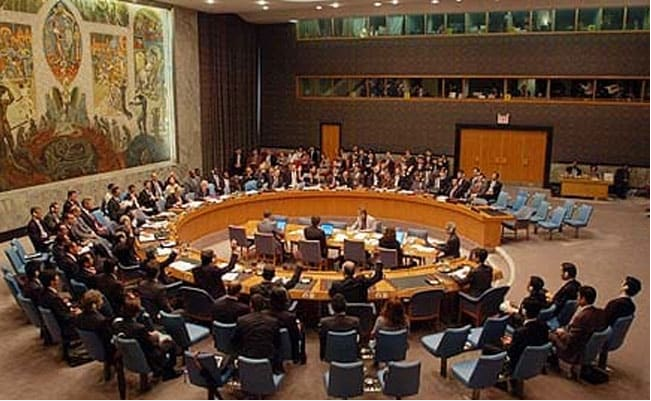 China, Pakistan’s ”all-weather ally”, made the fresh pitch to raise the Kashmir issue during closed consultations in the Security Council Consultations Room.

Pakistan’s efforts to raise Jammu and Kashmir at the UN Security Council through China crumbled once again on Wednesday as most members of the top world body said it was not the place to discuss the issue, sources told NDTV on Thursday.

India slammed the move, asking Islamabad to focus on addressing issues like sheltering terrorists to improve relations with New Delhi.


“Pakistan’s practice of using false pretences to distract from addressing the malaise that afflicts it, has run its course today,” India’s Permanent Representative to the UN Syed Akbaruddin told NDTV.

Earlier on Wednesday, Pakistan’s “all-weather ally” China made the fresh pitch to raise the Kashmir issue under “other matters” during closed consultations in the Security Council Consultations Room.

“We once again saw an effort made by one member state of the UN, fail in plain view of all others,” Mr Akbaruddin told news agency PTI.

A top European diplomat said the issue should be resolved bilaterally and it was a “domestic affair”.

When asked if the meeting advanced anything, he said: “I am sure the meeting will be helping both parties to understand the risk of further escalation and will encourage them to approach to each other and to have dialogue and to seek means, to seek solutions through dialogue. I think that will be helpful”.


The latest move by China was the third such attempt since August when the special status granted to Jammu and Kashmir under Article 370 of the constitution was scrapped by the government and the state was bifurcated into two union territories.

Last month, France, the US, the UK and Russia foiled an attempt by China to discuss Kashmir at a closed-door meeting of the Security Council.

French diplomatic sources told NDTV that the position of France has not changed and is very clear — that the Kashmir issue must be settled bilaterally. “As we have stated on several occasions and will continue to reiterate to our partners on the United Nations Security Council,” a source said.

While most countries have backed India’s position that Kashmir is an internal matter and a bilateral one, there have been concerns expressed about the detentions of political leaders and the internet restrictions. These concerns were expressed by the US again last week.