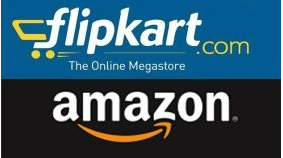 New Delhi: Claiming that e-commerce giants like Amazon import as much as 80% of the items sold on their platforms, small manufacturers’ body has said that their business models do not benefit local industry and are creating jobs of delivery boys only.

“Neither manufacturers nor traders are getting any benefit from the business models of Amazon and Flipkart because they largely import their products from China and Korea and sell here.

Bhardwaj said that the global e-commerce players generally source and sell products through their own preferred suppliers and as a result a large number of local manufacturers and traders get crowded out.

He listed out deep discounting and buying products from preferred companies as unfair practices.


“Even if they buy products from local suppliers the commission charged is very high,” Bhardwaj said adding that the issues related to unfair practices have been raised with Commerce Ministry on multiple occasions.

FISME maintains that the technology-driven retail is way forward and one cannot be oblivious of the benefits it brings to consumers but at the same time the local industry can also not be ignored given its role in job creation.

“If both traders and local manufacturers are crowded out then how would the local industry survive and employment be generated?” asked Bhardwaj.