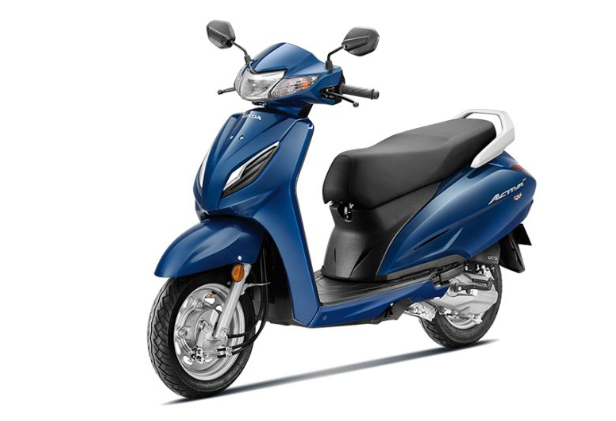 Honda has launched the sixth-generation Activa 6G in India with prices starting at Rs 63,912 (ex-showroom). The brand name has been prevalent in the market for close to two decades and has shown impressive performance since its launch.


Design-wise, the 2020 Honda Activa 6G gets a newly-designed front apron, revised LED headlamp, and minor tweaks at the back. While most of the visual elements have been retained from the Activa 5G, the new version comes with new features such as the addition of a multi-function key with a remote hatch opening, both for the seat hatch and external fuel filler lid. Also new is the engine kill switch that is similar to the one on the Activa 125 BS-VI. The seat is longer, the wheelbase is longer and also on offer is increased floor space. The scooter will be available in six colours and two variants – Standard and Deluxe.


Like the Activa BS-VI and the SP 125, the new Activa 6G also gets the company’s new silent-start ACG motor that uses an alternator for ignition, nullifying any gear meshing sound. The new Activa 6G also comes with Honda’s Enhanced Smart Power (ESP) technology that significantly reduces friction inside the engine.


Honda claims that the new Activa is 10 per cent more fuel-efficient than its predecessor. Powering the scooter is the updated iteration of the 109-cc single-cylinder engine that now comes with fuel-injection in place of a carburettor to meet the upcoming emission norms. Output figures of the scooter have been slightly decreased to 7.68bhp and 8.79Nm of torque.