Home News UPI fraud: Scammers are tricking users, here’s how you can keep yourself... 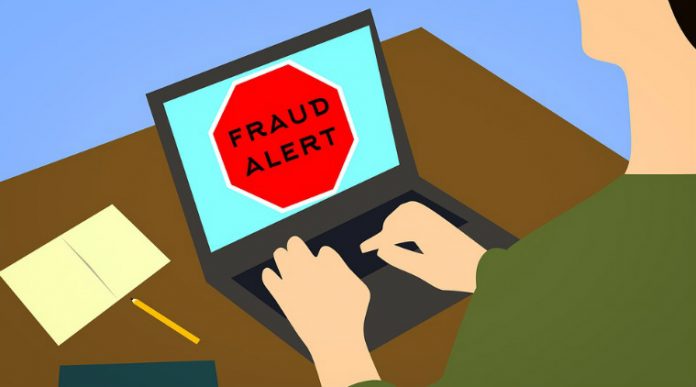 While UPI is fostering a new way of digital payments, it has also opened up new ways to trick unsuspecting users. I found out just how common such scams on UPI are thanks to my father’s recent interactions on OLX, where he wanted to sell his bike.

The Unified Payments Interface or UPI has made transferring money very simple, thanks to the rising popularity of apps like Google Pay, PhonePe, and others. But while UPI is fostering a new way of digital payments, it has also opened up new ways to trick unsuspecting users. I found out just how common such scams on UPI are thanks to my father’s recent interactions on OLX, where he wanted to sell his bike.


The scam unfolded like this– My father, who lives in a small town in Uttar Pradesh received a call from someone who claimed to be from a nearby city, and said was keen to purchase the listed motorcycle. He also offered to pay Rs 10,000 in advance and promised to pay the rest of the amount in cash within two days when he would come to pick it up.

This person did not want to see the bike and persisted to pay the advance, even when assured that my father would not make a deal with anyone else in that period. The caller continued to badger my father to send his UPI address so the amount could be transferred. This raised enough suspicion for my father to cut him off.


A week later, he refreshed the listing and within an hour, he received a call and the same thing followed. My father was now sure that it is some kind of fraud, but could not understand how giving up his UPI ID alone could result in a scam. He called me to look into the matter and when I searched for ‘UPI fraud OLX’ on Google, there was plenty to show how such scams were being executed.

However, I soon found out that it was not the only way that people were being conned. I myself received a call in the office where the caller claimed that I have pending cashback in my PhonePe account. “Do you want me to ‘pay’ the amount or do you wish to ‘decline’ it,” the caller said. Obviously, he did not have the answers to my questions like– “Since when did cashback needs to be accepted,” and “Why the cashback is on hold,” and “Why have I got cashback in the first place?”

The person even sent a payment request on PhonePe with three options as usual — “Pay”, “Later”, and “Decline”.


How the fraud happens
What follows after you tell the fraudster your UPI ID is that user gets a payment request. The scammer might have promised to transfer the money for the item you have listed on the classified site, but instead sends a request demanding money from you.

The scammer tells you that he has sent the money, please accept this ‘request’. He says that in order to receive the money you will have to tap on the ‘Pay’ button, while tapping on ‘Decline’ will result in cancellation of the said transaction.


However, the receiver in a UPI transaction does not need to do anything to get their money. People, unaware of the very fact, end up paying the scammer in the hopes of receiving the money. This small negligence on your part makes you a victim of UPI fraud.

How to save yourself from fraud
To transfer money or make a transaction using the UPI apps, users need to enter their M-PIN, which differs for every linked bank account. The M-PIN is like a digital ATM PIN. If at any point of time, you are entering your M-PIN into the UPI app, you are either checking your account balance or you are making a transaction where money will be deducted from your linked bank account.


Treat your M-PIN exactly like you treat your ATM PIN. Do not disclose or share your M-PIN with anyone. The same applies for UPI login passcode– a password that you need to enter to log in to your UPI app. To be on the safer side, put a lock on your payment apps.

To receive the money, you do not need to do anything on your part. The sender can either send you money using your bank details (account number, IFSC code, and name), UPI ID, or mobile number in case both parties are using the same UPI app.


In all of these scenarios, you do not need to even open your UPI app. If your work requires you to engage with new people and do transactions using UPI, you can ask for their UPI ID instead and raise money request.

If someone sends you unwanted money request on your UPI app, there is nothing to worry about. You can simply decline it. The amount will not be deducted from your account unless and until you accept the request and put in your M-PIN.


While using the UPI apps, read the text on the screen carefully. If you are not comfortable in a certain language, a number of UPI apps come with language options.

Earlier, scammers used to trick people into installing remote access apps like AnyDesk and TeamViewer on their phone in the guise of completing their KYC. With remote access, scammers used to exploit the data on the phone as well as banking apps. So, it is recommended to not write your M-PINs anywhere on your phone.