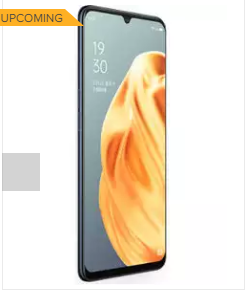 Oppo is all set to expand its F-series smartphone lineup with the launch Oppo F15 in India. The smartphone — that is being teased for a while now — is set to be launched in India on January 16. The handset has been listed on Walmart-backed e-commerce giant Flipkart where it will sell exclusively.


On the Flipkart listing page, some details of the upcoming Oppo F15 have also been confirmed. As per the Flipkart microsite, the Oppo F15 will offer a 7.9mm thin frame and will weigh 172g.

Though it did not reveal the display specifications, it listed that the aspect ratio of the display will be 20:9. The display houses an in-display fingerprint sensor that unlocks the screen in 0.32 seconds, claims the company.

In the camera department, the Oppo F15 will sport a quad-camera setup on the back. All camera specs are not yet detailed but we know with 48MP as the primary sensor. There is also going to be a wide-angle sensor with support for macro photography.


On the battery front, the Oppo F15 will boast the company’s VOOC 3.0 flash charge. This technology, Oppo claims, can charge the handset enough to deliver 2 hours of talk time with 5 minutes of charge.


The teaser shows only one colour variant of the upcoming handset. Pricing of the smartphone along with other specs is yet unknown. However, some reports suggest that Oppo F15 could be priced under Rs 20,000. The air around the handset’s pricing will be cleared once the device is launched on January 16.

Amendment of citizenship law: Nepal’s move may worsen its relations with India