Despite widespread protests across the country, the Citizenship Amendment Act (CAA) has come into effect starting from January 10. The Act that allows citizenship to non-Muslims refugees from three neighbouring countries, was assented by the President of India on 12 December 2019. 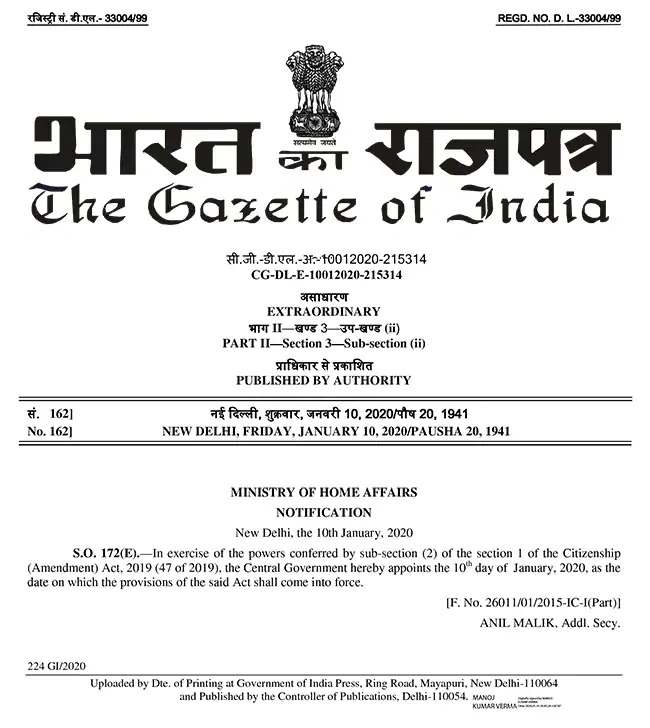 “In exercise of the powers conferred by sub-section (2) of the section 1 of the Citizenship (Amendment) Act, 2019 (47 of 2019), the Central Government hereby appoints the 10th day of January 2020, as the date on which the provisions of the said Act shall come into force,” the notification said.

As per the act, people from religious communities namely Hindu, Sikh, Buddhist, Jain, Parsi and Christian, who came into India from Bangladesh, Pakistan and Afghanistan will before 31 December 2014, will not be treated as illegal migrants.


People protesting against the act argue that it is the first time in the history of independent India that citizenship is being given on the basis of religion. The same is against the basic rights (like the right to equality) of the Indian constitution.

People also argue that the act hampers the “secular” tag of the country. And in some way or the other, threatens the existence of minorities in the country. Moreover, during the period of protests, as many as 25 people had died.