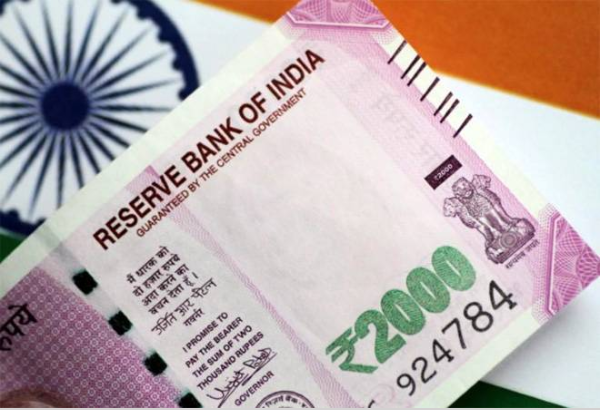 At the interbank foreign exchange the rupee opened at 70.67, then gained further ground and touched 70.64, registering a rise of 21 paise over its previous close

The Indian rupee appreciated by 21 paise to 70.64 against the US dollar in early trade on Thursday as higher opening in domestic equities and sustained foreign fund inflows strengthened investor sentiments.

Forex traders said the domestic unit gained ground ahead of the release of key macro-economic numbers.

At the interbank foreign exchange the rupee opened at 70.67, then gained further ground and touched 70.64, registering a rise of 21 paise over its previous close.

On Wednesday, rupee had settled for the day at 70.85 against the US dollar.

The domestic unit however could not hold on to the gains and was trading at 70.68 against the dollar at 0935 hrs.

The dollar index, which gauges the greenback’s strength against a basket of six currencies, fell by 0.09 per cent to 97.03.

Foreign institutional investors (FIIs) remained net buyers in the capital market, as they purchased shares worth Rs 605.41 crore on Wednesday, according to provisional exchange data.

Brent crude futures, the global oil benchmark, rose 0.44 per cent to trade at USD 64.00 per barrel.

The 10-year government bond yield was at 6.75 per cent in morning trade.

Modi government is giving 2000 rupees a chance to buy gold cheaply, today is the last day

Modi govt gives chance to buy cheap gold on Rakshabandhan, know what is this scheme

Gold Rate Today: The price of gold at historical highs, is going to touch the level of 50 thousand rupees per 10 grams

Petrol Diesel Price: Petrol-diesel becomes expensive here, check how much is the price in your city in one click