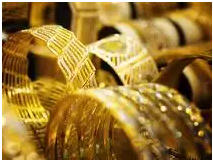 Gold inched up on Monday as investors awaited cues from the US Federal Reserve on its monetary policy outlook, while trying to size up the chances of a new round of US tariffs on Chinese goods.

The US Fed will meet on Dec.10-12 for an interest rate decision. Last week’s booming jobs report was likely to give the central bank all it needs to stick to its plan not to cut rates further in the near future.

Gold has gained about 14 per cent this year after the Fed cut rates three times this year on the backdrop of a long-drawn trade war and its impact on economy.

Meanwhile, White House economic adviser Larry Kudlow has said the Dec. 15 deadline is still in place for a new round of US tariffs on about $156 billion worth of Chinese imports.

Markets are waiting to size up what happens. They’re waiting both for the Fed meeting and some sort of last minute (US-China) deal,” said Ilya Spivak, a senior currency strategist at DailyFx.

“We’ve seen that from this administration in White House, this kind of brinkmanship where they may decide to cancel tariffs at the last second by a tweet late night on Dec. 14.”

Investors also took stock of data from China that pointed to a growth in imports, although exports fell. This follows solid US job growth in November, after which gold recorded its biggest daily percentage fall in a month.

Traders are unable to take a direction due to the upcoming events,” said Hareesh V, head of commodity research at Geojit Financial Services, adding that a weaker dollar is helping the metal.

Speculators upped their bullish positions in COMEX gold in the week to Dec. 3.

Holdings of the world’s largest gold-backed exchange-traded fund SPDR Gold Trust fell to their lowest since Sept. 19 on Friday.