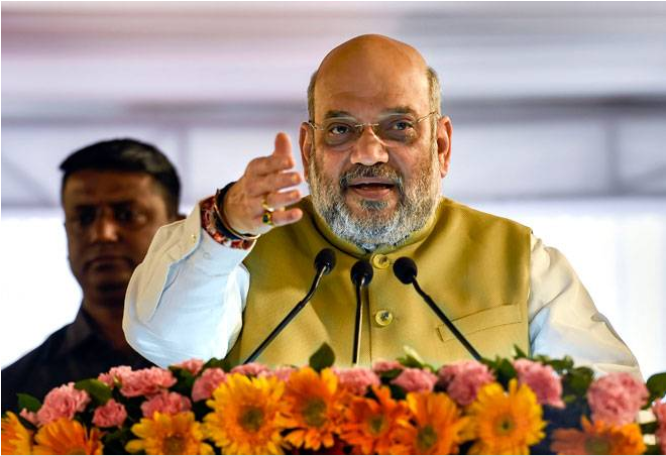 The Citizenship (Amendment) Bill is set to be tabled in the Parliament in just a few hours. Union Home Minister Amit Shah will present the CAB Bill today in the Lok Sabha. The ruling BJP has issued whip to all its Lok Sabha members to remain present in the House for three days starting from December 9.

The Bill to amend the six-decade-old Citizenship Act will be introduced in Parliament in the afternoon, and later in the day it will be taken up for discussion and passage. The Bill is expected to sail through smoothly in the Lok Sabha as BJP has 303 MPs in the 545-member House.

The Winter Session of the Parliament will conclude on December 13.

Meanwhile, several protests in Assam, Manipur and other parts of Northeast India have taken place against the Citizenship (Amendment) Bill. Anti-CAB posters were put outside the residences of Chief Minister Sarbananda Sonowal in Chabua and Finance Minister Himanta Biswa Sarma in Guwahati.

Amid the whole debate around the Citizenship (Amendment) Bill, here are 10 key points about this contentious legislation:

What is Citizenship (Amendment) Bill

2. Under the Bill, if implemented, the non-Muslim applicants from Pakistan, Bangladesh and Afghanistan would be given Indian citizenship if they had stayed in the country for five years, instead of 11 years, which is the current rule.

4. The cut-off date for people to be eligible for citizenship is December 31, 2014. This means they need to have entered India on or before that date. As per the current law, citizenship is given either to people born in India or if they have resided in the country for a minimum of 11 years.

What is the reason of protest in Assam and other Northeast part against CAB?

5. The Bill has triggered widespread protests in the Northeastern states with a large section of people and organisations opposing the Bill, saying it will nullify the provisions of the Assam Accord of 1985, which fixed March 24, 1971, as the cut-off date for deportation of all illegal immigrants irrespective of religion.

6. According to the activists, the NRC process was aimed against all illegal immigrants but CAB will selectively benefit non-Muslim migrants in Assam.

Difference between NRC and CAB

7. The NRC process in Assam was not based on religion. The CAB,on the other hand, is targeted towards certan faith.

Under NRC a person had to prove that either they or their ancestors were present in Assam on or before March 24, 1971. The next day, the liberation war in Bangladesh began, sending tens of thousands of refugees into India.

8. To assuage feelings of tribals of the Northeast, where many feel that permanent settlement of illegal immigrants will disturb the region’s demography, the government has made provisions under which the Bill will not be applicable in the Inner Line Permit (ILP) regime areas and those tribal regions that are governed under the Sixth Schedule of the Constitution.

9. Furthermore, under the Citizenship (Amendment) Bill the registration of the Overseas Citizen of India (OCI) card-holders might get cancelled if they ‘violate any law’. An OCI is an immigration status which allows a foreign citizen of Indian origin to live and work in India, indefinitely.

But now, the Bill will take into account the grant of citizenship of those who migrated to India before December 31, 2014.