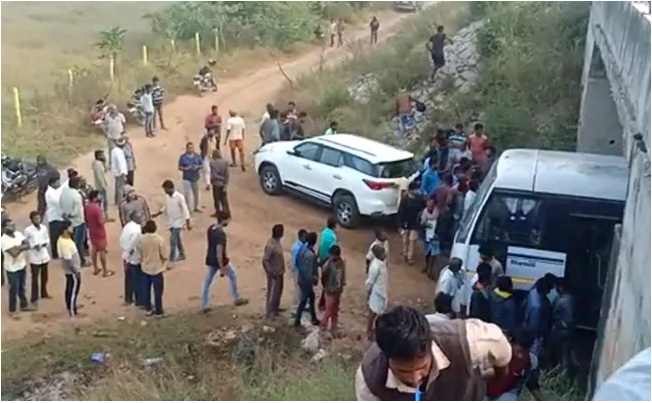 Reacting to the incident, the woman’s father told news agency ANI: “It has been 10 days to the day my daughter died. I express my gratitude towards the police and the government for this. My daughter’s soul must be at peace now.”

Asha Devi, still seeking justice for her daughter who died after horrific sexual assault on December 16, 2012, also backed the cops saying that the “police has done a great job”.

“I am extremely happy with this punishment. Police has done a great job and I demand that no action should be taken against the police personnel,” she told news agency ANI.
“I have been running from pillar to post for the last for years. I appeal to the justice system of this country and the government, that my daughter’s culprits must be hanged to death, at the earliest,” she further said.

Among others who praised the police was actor Rishi Kapoor. “Bravo Telangana Police. My congratulations!” the 67-year-old said. Badminton player Saina Nehwal echoed the sentiments.
However, Congress’s Karti Chidambaram said the “killings are a blot to our system”. “Rape is an heinous crime. It must be dealt with strictly under the provisions of law. While I hold no brief for the alleged perpetrators of this dastardly act, “encounter” killings are a blot to our system. While I understand the urge for instant justice, this is not the way,” he wrote on Twitter.
In a sharp reaction, senior lawyer Vrinda Grover said “this is unacceptable”. “SAY NO TO TRIGGER TRACK INJUSTICE! This is absolutely unacceptable. So all that the state will do in the name of ensuring that women live as equal and free citizens is to add to its arsenal of unlimited arbitrary violence!.” she wrote in a Facebook post.
Karuna Nundy, another senior lawyer, tweeted: “Now nobody will ever know if the four men killed by the police were innocent men, arrested fast to show action. And whether four of the most brutal rapists roam free, to rape and kill more women.”