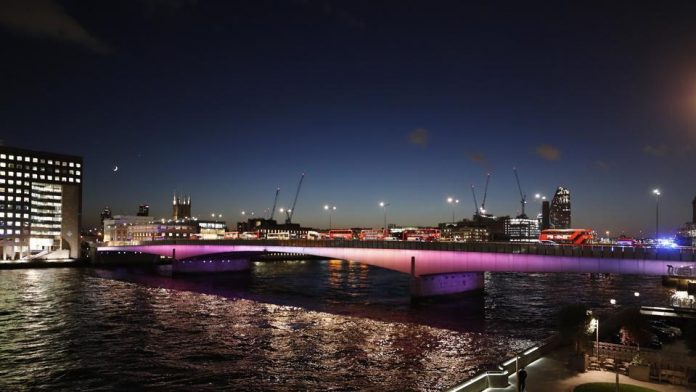 The unnamed suspect slashed at people before being tackled by members of the public and later being shot dead by the police, the incident unfolding within five minutes.

Two people and a former prisoner convicted of terror offence died when he went on a stabbing spree before being killed on Friday afternoon, reviving memories of the June 2017 terror attack on London Bridge, and pausing the December 12 election campaign.

The unnamed suspect slashed at people before being tackled by members of the public and later being shot dead by the police, the incident unfolding within five minutes. Three people were in hospital, of whom one was said to be critical, the second stable and the third with less serious injuries.

UK Prime Minister Boris Johnson returned from campaign trail to Downing Street after news of the incident broke, cancelling his engagements for 24 hours. Other parties also announced a pause to the campaign as a mark of respect for the dead and the injured.

Johnson said he had long argued that it is a mistake to allow serious and violent criminals to come out of prison early, adding: “This country will never be cowed or divided or intimidated by this sort of attack and our values, our British values, will prevail”.

The incident disrupted travel across London, where a large number of people were out shopping on ‘Black Friday’, when retailers offer substantial discounts before the Christmas season. The UK’s terror threat level was lowered earlier this month from ‘severe’ to ‘substantial’.

Reports said the suspect, previously convicted of a terror offence, had been released from prison on licence, wearing an electronic tag that enables the police to track his movements at any time. He was also said to be wearing a fake suicide vest.

The incident, captured on mobile cameras by members of the public from various angles, showed passersby wrestling him to the ground and one of them moving away with the suspect’s knife, before armed policemen arriving and shooting him point blank.

As Johnson and others paid tributes to the police, London mayor Sadiq Khan said: “I’m mayor of the greatest city in the world. One of our strengths is our diversity. But we do know that there are people out there who hate our diversity, what we stand for and seek to divide us”.

“What is amazing about today is that we saw in one individual, the suspect, the worst of humanity but we also saw in the response from members of the public but also our emergency services the very best of humanity. The message I want to send today is that we will not allow anyone to divide us.”

Police commissioner Cressida Dick added: “The empty ideology of terror offers nothing but hatred and today I urge everyone to reject that. Ours is a great city because we embrace each other’s differences. We must emerge stronger still from this tragedy. In doing that we will ensure that the few who seek to divide us will never, ever succeed.”

Eight people were killed and 48 injured on June 3, 2017, when terrorists ploughed a vehicle into pedestrians on London Bridge, before going on a stabbing spree in the busy area popular with tourists. The incident led to metal barricades being put up along major bridges in the capital.