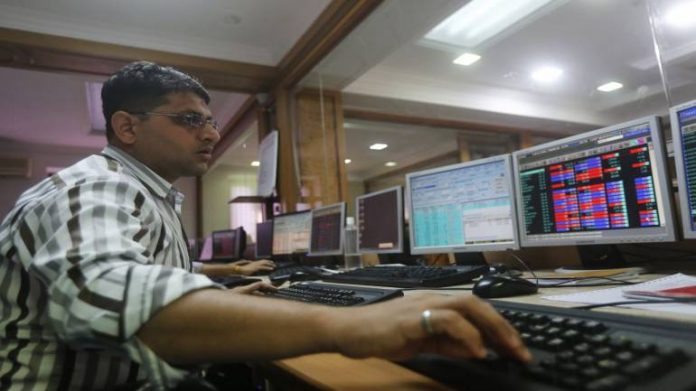 The Nifty marked a fresh life above its impending resistance mark of 12,100, as the November series ended with a positive traction of more than 2 percent, and the strong rollover seen for the December series for the Nifty Bank suggests that banking stocks will remain in focus, according to a report.

Buoyancy in sentiments is seen as heavyweights such as Reliance Industries and ICICI Bank were leading from the front to push the index to record highs.

Highlights for the series include: a) The Bank Nifty index was up 6.8 percent (expiry to expiry), outperforming the Nifty, b) India VIX remained below 15 mark c) Massive short covering on index futures seen from FIIs at the fag end of expiry days, and d) Options writing trades remained lucrative, as markets traded in a narrow band with low implied volatility.Rolls for the Nifty and the Bank Nifty stood at 79 percent, and 70 percent compared to 84 percent and 63 percent in the previous month.

Aggressive long buildup with a sharp increase in open interest (OI) base was seen on the Bank Nifty led by ICICI Bank. The market-wide rollover was better than the previous month at 93 percent, compared to the 3-month average of 92 percent.

“Maximum call/put OI on the Nifty for December monthly series stands at 12,500 calls (1.7mn) and 12,000 puts (OI 3mn). We expect a continuation of the rally, with mild periodic profit booking,” said the Yes Securities report. 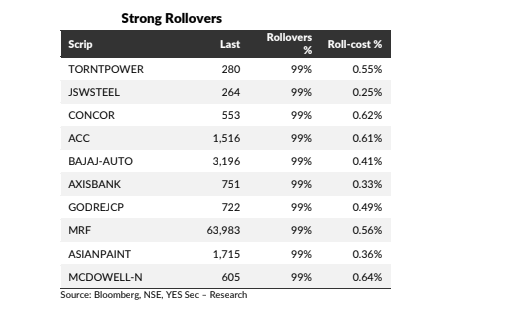