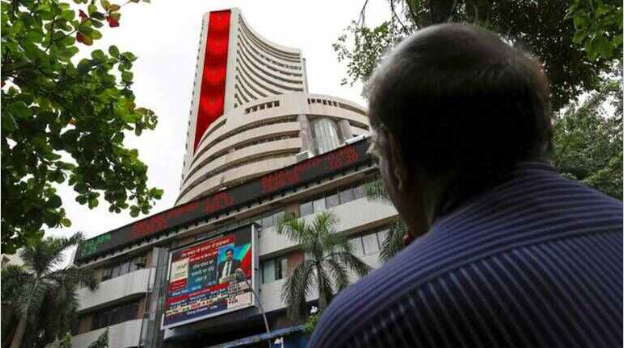 Worries over GDP growth data for the July-September quarter is weighing heavily on D-Street.

After posting gains in the previous two straight sessions, bourses witnessed sharp profit-booking on November 29 with Sensex falling below 41,000 and Nifty starting the December series on a weak note.

The broader markets outperformed frontliners though the market breadth was balanced as about 1,010 shares each advanced as well as declined on the BSE while 128 shares were unchanged.

The Nifty Midcap index was flat with a positive bias and Smallcap index gained 0.82 percent.

Asian markets were trading lower with Hong Kong’s Hang Seng falling more than 2 percent. China’s Shanghai Composite and South Korea’s Kospi declined 1 percent each while Japan’s Nikkei was down half a percent.

China warned the United States on Thursday it would take “firm counter measures” in response to US legislation backing anti-government protesters in Hong Kong.

Caution ahead of Q2 GDP data

Traders also worried about rising expectations for fall in GDP print to below 5 percent in July-September period.

Country’s GDP data for September quarter will be released later in the day and consensus expects that it could be around 4.7 percent, the weakest pace in more than six years, according to a Reuters poll.

Many experts feel it could fall around 4.5 percent mark also, citing weak performance in industry as well as services segments.

“The prints are most likely to exhibit a considerable slump in the overall economic activity, thereby registering the prints of GDP and GVA below 5 percent for Q2FY20 as indicated by the slew of abysmal leading host of indicators. Our economic activity index for GDP suggests that economic growth weakened to 78.26 in September 2019 from 95.65, registered in June 2019. The index indicates that only 39.13 percent of the slew of leading indicators showed expansion relative to 47.83 percent, seen in June 2019 and 86.96 percent seen in the similar month of last year. Basis the index, we expect economic activity to witness a mere 4.5 percent growth relative to 7 percent YoY growth in the similar quarter of last year (Q2FY2019),” Centurm said.

The country’s economic growth had slowed to 5 percent in the previous quarter, due to decelerating demand and falling exports, prompting a raft of actions from the government, including a corporate tax cut in September.

Correction in metals, banks and FMCG

Metals stocks declined sharply with the Nifty Metal index falling the most among sectors, down 1.4 percent after uncertainty over US-China trade deal, at the time of publishing this copy.

Overall auto sales are likely to be mixed in November as commercial vehicle, two-wheeler and tractor sales are expected to decline compared to a year-ago period whereas passenger vehicles performance could be better than others.

“November 2019 wholesales are likely to be a mixed bag with marginal growth in passenger vehicles (PVs) while other segments continue to decline,” said Nomura.

“Our industry interactions lead us to believe that PV retails have been better, benefitting from extended deliveries post the festive season which ended in October. However, two wheeler (2Ws) retails have remained subdued as rural recovery is yet to play out. MHCV volume decline is likely to remain high at 44 percent YoY due to weak demand and inventory clearance,” the Japanese brokerage added.

The Nifty50 started off December series on a negative note and continued to see selling pressure, forming bearish candle so far on daily charts after Hanging Man kind of formation in previous session.

“Based on this technical evidence, it looks some sort of retreat is inevitable for bulls going forward. In that scenario Nifty can test its critical support on short term charts which is placed around 11,990 levels. However for reversal of short term trend index need to decisively close below 11,990 levels,” Mazhar Mohammad, Chief Strategist – Technical Research & Trading Advisory, Chartviewindia.in, told Moneycontrol.

Therefore, at this point in time, he advised traders to book profits in next trading session and wait for some pull back in the index before initiating fresh longs.