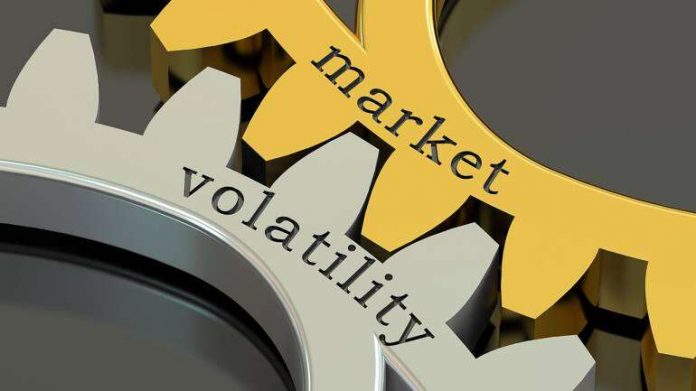 Despite the profit-booking, experts believe that the medium to long-term trend of the market is positive.

The Indian market saw profit-booking on November 29 ahead of the release of the second-quarter GDP data that will likely show growth slipping below symbolically important 5 percent or even further to decade’s low of 4.7 percent.

Market benchmarks, the Sensex and the Nifty, had hit fresh highs a day earlier, buoyed by reports that the government was looking at options for banks and non-banking financial companies to counter their non-performing asset problems.

Despite the profit-booking, experts believe that the medium to long-term trend of the market is positive.

“Market sentiment is positive on the back of positive global cues and strong FII inflows. On the global front, the likely settlement of the first phase of a deal between the US and China has led to positivity, with major global indices at their highs,” said Siddhartha Khemka, Head-Retail Research, Motilal Oswal Financial Services.

The momentum could sustain in the near-term on the back of liquidity flows and positive sentiments, he said.

However, some volatility may be expected due to global news flows regarding US-China settlement and weaker-than-expected Q2 GDP data, Khemka said.

While some experts see the Nifty touching 12,500 in the coming days, others see risks.

Persistent weakness in the economy, with no signs of improvement, was the biggest threat to the market, G Chokkalingam, founder, Equinomics Research & Advisory, said.

“If the macroeconomic picture remains at the current level for the next six months and does not show signs of improvement that will be a major risk. The whole market will see a correction in that case,” Chokkalingam said.

“If there is a prolonged slowdown, you have lower consumption and it affects the public as well as private expenditure. Public expenditure can be taken care of by the government, risking fiscal slippage,” said Jaiswal.

Some experts point out that the market is still not witnessing broad participation in its rally.

“The top threat is that we still don’t have a broad-based recovery in the market. Indices are guided by a few sectors and stocks or few pockets, which is why the threat remains. If there is some bit of negative news on these anchor performers, there will be a challenge for the market,” said Pankaj Pandey, Head of Research at ICICI Securities.

Sameer Kalra, Founder, Target Investing, identified a pause in the rate cut by the Reserve Bank of India a threat to the market.

“A pause in rate cuts will indicate that the growth concerns do not exist in the MPC, which might result in lower credit offtake in retail as well because now most products are repo rate linked,” Kalra said.

Vinod Nair, Head of Research at Geojit Financial Services, was of the view that while the further deterioration in the macroeconomic environment was a threat, defaults by some big corporates would jolt the confidence of the market.

No US-China trade deal, a pause in rate cuts by the RBI and a slump in auto sales and consumer spending were also a worry, Nair said.

Is valuation a concern?

Most experts agree that valuation is not a concern.

Kalra of Target Investing highlighted that the Nifty as an index was closer to high market capitalisation-to-GDP ratio but midcap was still below average level.

“There is still room for another 5-10 percent rise in the market,” he said.

Sensex opened with a gain of 208 points, Nifty also surge