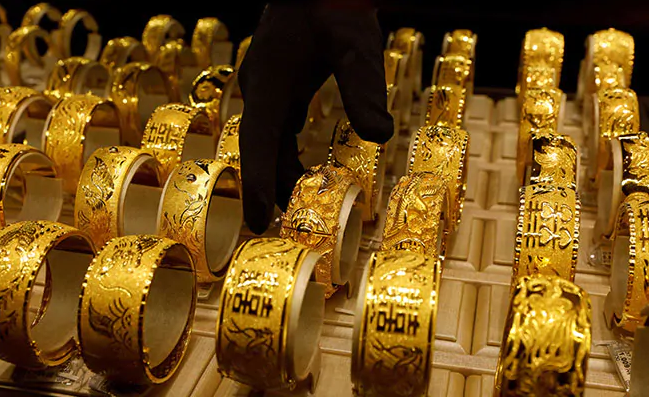 Dhanteras, one of the busiest gold buying days, saw retailers dole out a wide array of offers to attract buyers.

Jewellers and retail consumers boosted gold demand in India this week as they stepped up purchases for the festivals of Dhanteras and Diwali, while higher prices dimmed activity in other Asian hubs.
Dhanteras, one of the busiest gold buying days, when demand peaks as bullion is considered auspicious, saw retailers dole out a wide array of offers to attract buyers.

“Jewellers are witnessing good footfalls today due to Dhanteras. Retail demand was good after a long time,” said Harshad Ajmera, the proprietor of JJ Gold House, a wholesaler in the eastern Indian city of Kolkata.

Dealers offered discounts of up to $4 an ounce over official domestic prices this week, the lowest since the first week of June.

Discounts have been falling due to lower imports in the last few months, but could widen again if demand falters after the festival, said Mukesh Kothari, director at Mumbai bullion dealer RiddiSiddhi Bullions.

Discounts of $8 were offered last week. The domestic price includes a 12.5 per cent import tax and 3 per cent sales tax

However, high prices could push Diwali demand this weekend lower by 20 per cent from last year, Anantha Padmanabhan, chairman of All India Gem and Jewellery Domestic Council said.

Gold futures were trading around Rs. 38,372 per 10 grams on Friday, having hit a record 39,885 rupees last month en route to a roughly 22 per cent gain so far in 2019.
“The sharp price rise and deep discount in the bullion market impacted trade and the consumer outlook in (the) September quarter. However, Dhanteras seems to have changed this as had been expected,” said Somasundaram PR, managing director of the World Gold Council’s Indian operations.

Premiums in Singapore were at $0.70-$1 an ounce, against last week’s $0.50-$0.60, with Diwali demand mostly muted compared with previous years, traders said.

However, “we’re seeing a lot of clients coming to buy today mainly because of Diwali, as compared to rest of the week.” said Brian Lan, managing director at Singapore dealer GoldSilver.

COMMENT
In Japan, bullion was sold at par with the benchmark for the fifth-straight week as higher taxes marred demand, a Tokyo-based trader said.