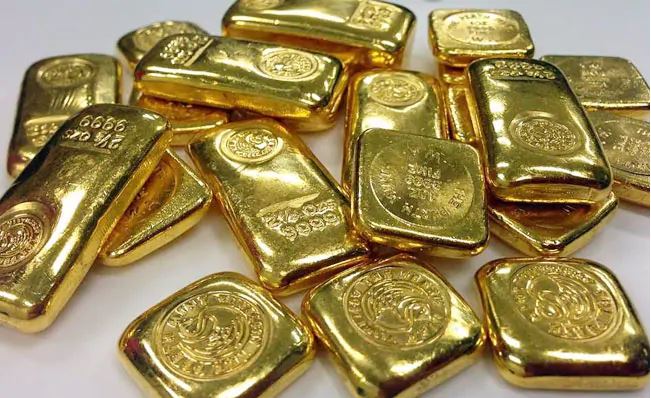 “The young woman unnaturally placed one foot in front of the other.”
Russian customs officers have detained a woman at the Chinese border with nearly two kilogrammes of gold in her shoes after she appeared to be walking strangely, authorities said on Tuesday.
The Russian was detained at a customs post in eastern Siberia after officials noticed that she “was nervous and acted in a suspicous manner,” said Marina Boiko, a spokeswoman for the regional customs authorities.

“The young woman unnaturally placed one foot in front of the other,” she said in a statement.

A search led to the discovery of eight pieces of gold weighing a total of nearly 1.9 kilogrammes (4.2 pounds).

“The ingots had been attached to the insoles of her shoes with duct tape,” the statement said, adding that the value of the find is estimated at more than 5 million rubles ($79,000, 71,000 euros).

The bars have been made illegally and lacked the necessary documents.

Authorities opened a criminal case, saying the woman had tried to smuggle out the gold at the request of a Chinese citizen.

Since the beginning of the year officials have repeatedly detained Russians trying to smuggle gold into China, Boiko said.

In August, a Russian woman was caught carrying 10 gold ingots in her trainers.

Gold panning is widespread in Siberia.

At least 17 people were killed during a dam collapse at an artisanal gold mine in Siberia last month.