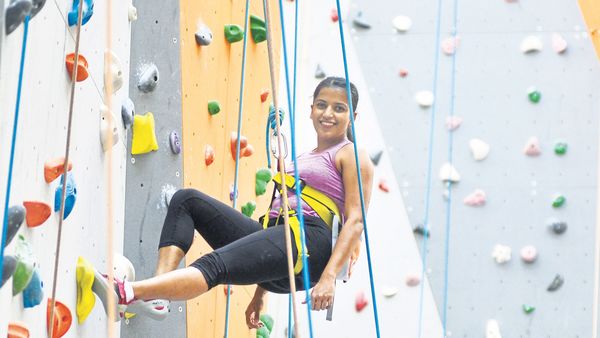 BENGALURU : Abhilasha Purwar found herself sitting next to economist Abhijit Banerjee, who is now a Nobel laureate, at breakfast during a conference in Goa in 2013. The 23-year-old had just joined J-PAL (Abdul Latif Jameel Poverty Action Lab), co-founded by Banerjee and his wife Esther Duflo, after graduating from IIT and doing a stint with the Tata Institute of Fundamental Research.

It was her first exposure to looking at problems from the broader perspective of economics.

During a J-PAL project for the ministry of environment, Purwar got first-hand experience of outmoded pollution monitoring practices. She had to put on a hard hat and climb a chimney in Chandrapur, one of the most industrially polluted areas in India. They passed air through a filter, sent it to a lab, and got a report after a month. “It was in 2014 when there were all kinds of sensors in smartphones,” she says.

Purwar went on to Yale for a master’s degree in environmental studies before joining clean energy venture fund GoldenSet Capital Partners, a signatory to the UN Principles for Responsible Investment. She understood how capital, deployed profitably but responsibly, could have a bigger impact on hard social problems than philanthropy or government regulation.

“The free market can be a powerful tool for people and their decisions to produce environmentally friendly scenarios,” says Purwar, whose Gurugram-based startup Blue Sky Analytics monitors pollution by analyzing satellite data with AI. Her dream is to one day play a part in hedge funds, private equity and venture capital going long on green assets and shorting dirty stocks.

The air purifier in her bedroom groaned all night a week ago. Diwali firecrackers had worsened the already polluted air of Gurugram. The next morning, the pollution level had rocketed from around 100 at 5:30 pm the previous evening to over 700. She was seeing the numbers on a Blue Sky app, Breezo, that aims to be “the Bloomberg of environmental data”. The app maps the country in squares of 1km to monitor pollution levels.

The Diwali numbers she had seen in Breezo were of PM 2.5, which is particulate matter with a diameter less than 2.5 microns or 3% the diameter of a strand of human hair. Particles of that size are the worst for our health because they get embedded in our lungs and even enter our bloodstream.

The World Health Organization (WHO) safety level of PM 2.5 is a 24-hour mean of 25 mg per cu. m. India has set a standard of 40. Either way, one can imagine what a level of 700 does to one’s lungs. And it isn’t just peak periods like Diwali or smoggy December-January which are a health hazard.

Average annual PM 2.5 recorded by air quality monitoring stations around the world showed that Gurugram and Ghaziabad were the world’s two worst polluted cities in 2018, according to a study by Greenpeace and Switzerland’s AirVisual. India had seven of the world’s top 10 polluted cities, including Faridabad, Noida, Bhiwadi, Lucknow and Patna. New Delhi came 11th.

But people in other parts of the country may well be living in a fool’s paradise if they think they’re safe. Delhi has 40 air quality monitoring stations, Patna and Varanasi have one each, and some others have none.

The National Clean Air Programme (NCAP) launched by the Modi government aims to cut PM 2.5 levels by 20-30% in five years. One of its measures will be to double the number of monitoring stations to guide regulatory interventions like reducing vehicular pollution or cutting industrial emissions. But automated monitoring stations are expensive to set up and maintain, costing nearly ₹2 crore each.

“No rural areas are covered currently, even though two-thirds of our population is rural,” says Sagnik Dey, associate professor of atmospheric sciences at IIT Delhi.

Besides, PM 2.5 isn’t the only danger. There are also gases like nitrogen oxides, formaldehyde and methane that need to be monitored. The data needs to be made available in a form that multiple users can access with API (application programming interface) calls. These are some of the gaps that Blue Sky aims to fill by analysing terabytes of satellite image data from publicly available sources like NASA and the European Space Agency. Low-cost IoT devices could also supplement the available ground data from monitoring stations.

Advances in tech will move the needle further. NASA aims to deploy a Multi-Angle Imager for Aerosols (MAIA) for analysis of PM 2.5. This will help identify the sources of pollution, whether it’s dust from construction, carbon from burning biomass or inorganic matter from industries, says Dey, who is involved in the MAIA project.

Apart from supporting early-stage social tech entrepreneurs with connections to global corporations and investors, MIT Solve has a venture fund from tax-deductible donations. The $50,000 that Blue Sky received is a shot in the arm for the year-old startup which has also raised angel funding from investors like Shobhit Shukla, co-founder of location-based data analytics company Near, Chrys Capital founder Ashish Dhawan, Dalberg partner Gaurav Gupta and Sequoia India’s Mohit Bhatnagar.

But Purwar knows it’s a long game which she entered with her eyes open when she quit her VC job. “With a salary of $100,000 a year, I could buy expensive clothes. But I didn’t care for those. What I needed was a million dollars to change the world.”

The next challenge is to monetise. Potential users are many: responsible investors deciding which stocks to buy or hold, industries needing to be cleaner, regulators wanting to make informed decisions, real estate projects, and insurance and healthcare organizations. Last but not the least important are citizens who want to know what they’re breathing.

She quotes L N Smith from the book, Sunrise Over Disney: “Every dollar you spend is a vote you cast for the world you want.” What’s spent is often unwise. Take the outdoor air purifiers installed at traffic junctions in Delhi and Bengaluru with no clue as to their effect beyond a public gesture of doing something for urban commuters. “It’s like pointing air-conditioners outwards to bring down global warming,” says Purwar.