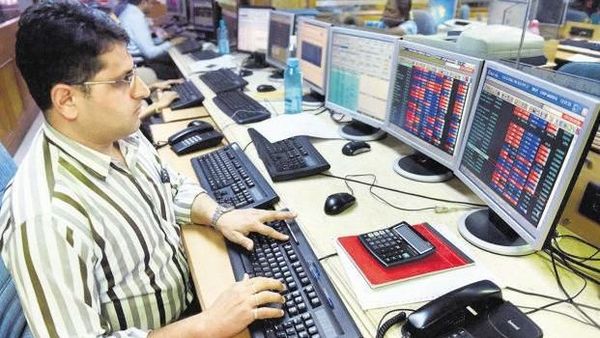 MSCI’s broadest index of Asia-Pacific shares outside Japan was up 0.2% in early deals on Monday, having earlier touched its highest level since 29 July. Australian shares were up 0.2% and Seoul’s Kospi added 0.9%. Markets in Japan were closed for a holiday.

The United States and China both said on Friday that they had made progress in talks aimed at defusing their protracted 16-month-long trade war, and US officials said a deal could be signed this month.

In comments on Friday, White House economic adviser Larry Kudlow said tariffs set to kick in on 15 December, which would cover Chinese imports such as laptops, toys and electronics, would remain on the table, and the decision whether to cancel them would be made by US President Donald Trump.

Any lingering uncertainty over the outlook for trade talks couldn’t keep the S&P 500 from gaining 0.97% and the Nasdaq rising 1.13% to fresh record closing highs on Friday. The Dow Jones Industrial Average rose 1.11%.

The US job growth slowed less than expected in October and hiring in the prior two months was stronger than previously estimated, data from the Labor Department showed on Friday. Those numbers followed a private survey of manufacturers in China that showed better-than-expected factory activity in October.

Back home, shares of Yes Bank will be in focus after it posted it’s September quarter results on Friday late evening. It had reported a net loss of ₹600 crore for the three months to September primarily due to a one-time deferred-tax asset (DTA) adjustment of ₹709 crore. The bank had posted a net profit of ₹965 crore in the same period last year.

According to a Mint report, banks are considering asking the Reserve Bank of India (RBI) to ease classification norms for fraud-hit loan accounts, amid a surge in such cases in India. Banks currently set aside capital worth the full value of their dues from a fraud-hit loan account over a period of four quarters to cover the risk of defaults by the borrower. Lobby group Indian Banks’ Association is considering asking RBI to allow banks to classify only that part of the loan amount as fraud where fraudulent transactions have been detected.

Reliance Jio Infocomm Ltd has cautioned that offering any relief to rival operators after a Supreme Court judgement put a ₹92,000 crore burden on the telecom industry would go against the judgement and set a wrong precedent for other sectors. In a 1 November letter to Union telecom minister Ravi Shankar Prasad, the telecom arm of Reliance Industries Ltd also alleged that Bharti Airtel Ltd and Vodafone Idea Ltd have enough funds to pay dues.

Meanwhile, global oil prices, which had surged on hopes for a US-China trade deal, were a shade lower on Monday. Global benchmark Brent crude was off 0.10% at $61.63 per barrel and US West Texas Intermediate crude was 0.11% lower at $56.14.

Gold was slightly lower as investors moved into riskier assets. Spot gold was trading at $1,512.42 per ounce, down 0.07%.