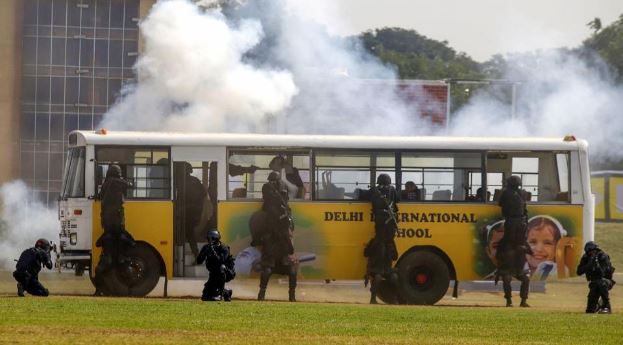 NSG, also known as black cat commandos, is a premier agency which has taken part in counter terror operations such as the 26/11 attacks in Mumbai and the Pathankot air base attack of 2016.

The rapid response capabilities of India’s counter terrorism unit National Security Guard (NSG) is limited due to its smaller size, the US State department has said.

“Despite its rigorous training, NSG’s rapid response capability is somewhat limited, due in part to its small staff relative to India’s large size and to the NSG’s limited independent logistics capacity,” said the State Department’s ‘Country Report on Terrorism 2018’ released on Friday.

NSG, also known as black cat commandos, is a premier agency which has taken part in counter terror operations such as the 26/11 attacks in Mumbai and the Pathankot air base attack of 2016.

A senior home ministry official, who asked not to be named, said there is better coordination between states and central agencies over the last five-six years.

“Our intelligence sharing capacity has increased in last five-six years and there are regular meetings of multi-agency centre (MAC). There is definitely much better coordination between states and central agencies,” he said.

The US state department’s country report reviews the terrorism incidents, trends and government policies to fight terror in different countries every year.

The report pointed out that Pakistan-based Lashkar-e-Taiba (LeT), which was responsible for the 2008 Mumbai attacks, and Jaish-eMohammad (JeM) maintained the “capability and intent” to attack Indian and Afghan targets.

It mentioned the February attack by a Jaish operative on an army camp at Jammu and Kashmir’s Sunjuwan that killed nine, and the March 13 attack by Maoists where nine CRPF personnel were killed.

“Parts of India most seriously impacted by terrorism in 2018 included the state of Jammu and Kashmir, the northeast Indian states, and parts of central India in which Maoist terrorists remain active,” it added.

The report praised India’s resolve to prevent terrorist attacks and to bring to justice the perpetrators of terrorism, in cooperation with the United States and other like-minded countries.

It also talked about an agreement signed between India and the US to exchange terrorism screening information.

Larger states in India, the report said, have established their own multi-agency centres and are providing near real-time information on terrorism to law enforcement agencies.

On terror financing, the report said between July 2017 and June 2018, India started probe into 2,524 cases of terror funding and arrested 170 people.