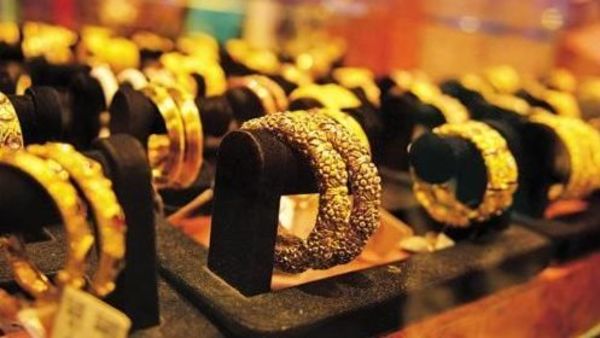 In global markets, gold prices dropped today on optimism that a US-China trade deal could get signed this month. Strong economic data from US and China also increased risk appetite, putting pressure on gold.

A strong jobs report in US and a survey showing expansion in China’s manufacturing activity in October helped lift Wall Street to a closing record for the third time in five days. Asian equities also rose to a 14-week highs today.

Though gold prices have edged up from recent lows of about $1480 an ounce, it has failed to break past levels of $1,520. “Gold has edged up but it is still holding within the $1480-1520/ounce range seen for last few days and only a break out from this range may result in extended gains,” Kotak Securities said in a report.

Gold traders will be closely watching comments from the new head of the European Central Bank (ECB) Christine Lagarde, who will be giving her first speech in the role later in the day.

Silver is also expected to see choppy trade. “Silver may witness choppy trade as risk sentiment may affect gold and industrial metals. But the general bias may be on the upside owing to weaker US dollar,” said Kotak Securities.

The US dollar was stuck near three-month lows against a basket of basket of currencies at 97.218.

A fall in US dollar makes dollar-denominated gold cheaper in other countries, helping to boost demand.

Back in India, though gold prices have corrected by ₹1,600 from September highs of about ₹40,000 per 10 gram, they are up about 20% so far this year, hurting demand.

Reuters reported that dealers offered discounts of up to $6 an ounce over official domestic prices last week, higher than the previous week’s discount of $4. Gold prices in India includes 12.5% import tax and 3% GST.

India’s gold imports fell for a fourth straight month in October from a year ago, Reuters reported, citing sources.