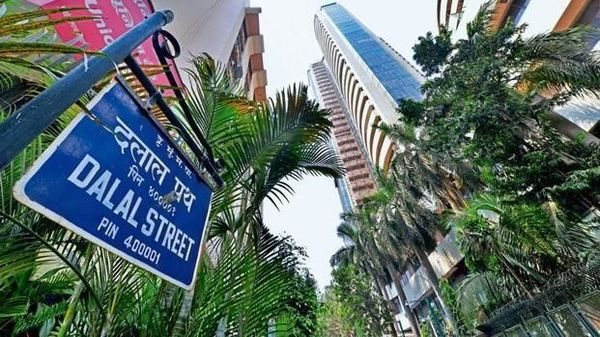 On the BSE, 1,424 shares rose, 1,172 fell and 171 remained unchanged. Among the Nifty 50 index, 26 stocks advanced and 24 stocks traded in the red. Both BSE Midcap and BSE Smallcap indices ended marginally higher in a week when Sensex had touched an all-time high of 40,392 points.

Shares of IndusInd Bank ended up 5.18% at ₹1,379.45 after the private lender on Thursday said it has finalised a potential candidate for the position of chief and executive to succeed Romesh Sobti, whose term will end in March 2020. The appointment is now subject to Reserve Bank of India’s approval.

The stock of Zee Entertainment surged over 30% in the last two sessions even as the company faces growth challenges. Essel group’s company Dish TV India Ltd also shot up nearly 50% in the last two sessions on the back of higher volumes. Shares of Zee Entertainment rose 18.67% to ₹309.50 in today’s trade, while those of Dish TV gained 29.20% to end at ₹16.15.

Back home, weak macro-economic data weighed on investor sentiment. The headline seasonally adjusted IHS Markit India Manufacturing PMI fell to a two-year low of 50.6 in October 2019 from 51.4 in September. A reading above 50 indicates an overall increase and vice versa.

India’s fiscal deficit reached nearly 92.5% or ₹6.52 trillion of the budget estimate at the end of September in the current financial year, according to government data released on Thursday. Fiscal deficit had scaled 95.3% of the budgeted estimate in the same period a year ago.

The core infrastructure industries’ output—measuring a basket of eight sectors accounting for two-fifth of India’s factory output—contracted to the lowest in at least 14 years, pointing to a deepening industrial slowdown. The gauge contracted by 5.2% in September from a growth of 4.3% in the year- ago period, according to data released by the commerce and industry ministry on Thursday.

es Bank came as a surprise today as shares declined 5.46% to ₹66.60 after a 35% intraday rise on Thursday following the news of the private lender announcing that it has received a binding offer of $1.2 billion from a global investor. Shares traded in the red after a global brokerage continued to maintain its underweight rating on the stock with a target of ₹55 per share. The bank, which was scheduled to announce its September quarter earnings today, is yet to report the numbers.

Shares of Indian Oil Corporation Ltd slipped 2.83% as the state-owned oil retailer on Thursday reported a whopping 83% drop in the September quarter net profit due to a slump in refinery margins and inventory losses. Net profit was at ₹564 crore, sharply lower than ₹3,247 crore a year ago. Inventory loss stood at ₹1,807 crore in the quarter as against a gain of ₹2,895 crore a year ago.