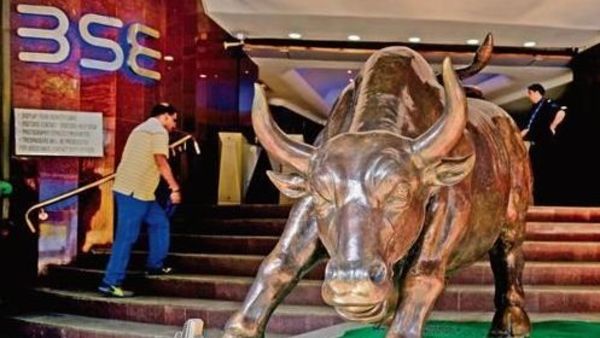 Indian markets hit a new high today after Sensex rose 293 points to 40,344.99, overtaking 4th June highs of 40,312. Positive global cues after a rate cut by the US Federal Reserve, buzz of more tax reforms and strategic stake sale in many PSUs lifted the sentiment. The Sensex is now up in 12 out of 15 previous sessions. The broader Nifty also today crossed the 11,900 mark and it now remains around 200 points away from its all-time high of 12,103, also hit in June this year. Today is also the derivative settlement day. All derivatives will now have to be compulsorily settled by delivery.

1) Gains were broad-based with all the sectoral indices on the NSE trading in the green. PSU banking stocks were in the spotlight with SBI surging nearly 5%.

4) Better-than-expected earnings from some market heavyweights, corporate tax cut and buzz of strategic disinvestment are catalysts of the current leg of the rally, says Sanjiv Bhasin, director of IIFL Securities. In the near term, 12,000-12,400 could be on the cards, he added.

5) “We still remain sanguine and expect this rally to extend towards the magical figure of 12000. 11800–11784 is seen as immediate support base. Do keep an eye on this along with the midcap universe,” says Sameet Chavan of Angel Broking.

6) Vinod Nair, head of research at Geojit Financial Services, said that better-than-expected Q2 earnings has given some hope that earnings growth will improve further in October to March. “Market is positive on expectations of fresh reforms from the government and change in the long-term capital gain tax in the future,” he added.

7) Ajit Mishra, vice president of research at Religare Broking, said: “We believe the market trend in the near term will be driven by corporate earnings and thus stock specific volatility may remain high. Further, any favourable announcement from the government could help sustain the momentum.”

9) The US Federal Reserve on Wednesday cut interest rates for the third time this year but signaled a pause unless the economy takes a turn for the worse.

10) In a statement accompanying its decision to cut rates, the Fed dropped a previous reference that it “will act as appropriate” to sustain the economic expansion – language that was considered a sign for future rate cuts.