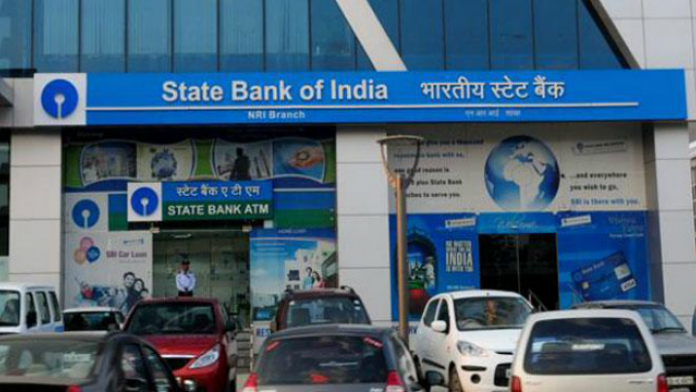 As of March 31, SBI has declared as unrecoverable outstanding worth Rs 37,700 crore that 33 borrowers, with loans of Rs 500 crore and more, owed it.


In a first, the latest information that was furnished by the RBI to CNN-News18 under the Right to Information (RTI) Act, has disclosed the bank-wise break-up where loans worth more than Rs 100 crore and Rs 500 crore were written off by the banks as of March 31 this year.

A total of Rs 2.75 lakh crore has been written off for entities that borrowed Rs 100 crore or more from scheduled commercial banks. The latest statistics divulge that Rs 67,600 crore was declared as bad debts for loans of Rs 500 crore and more. 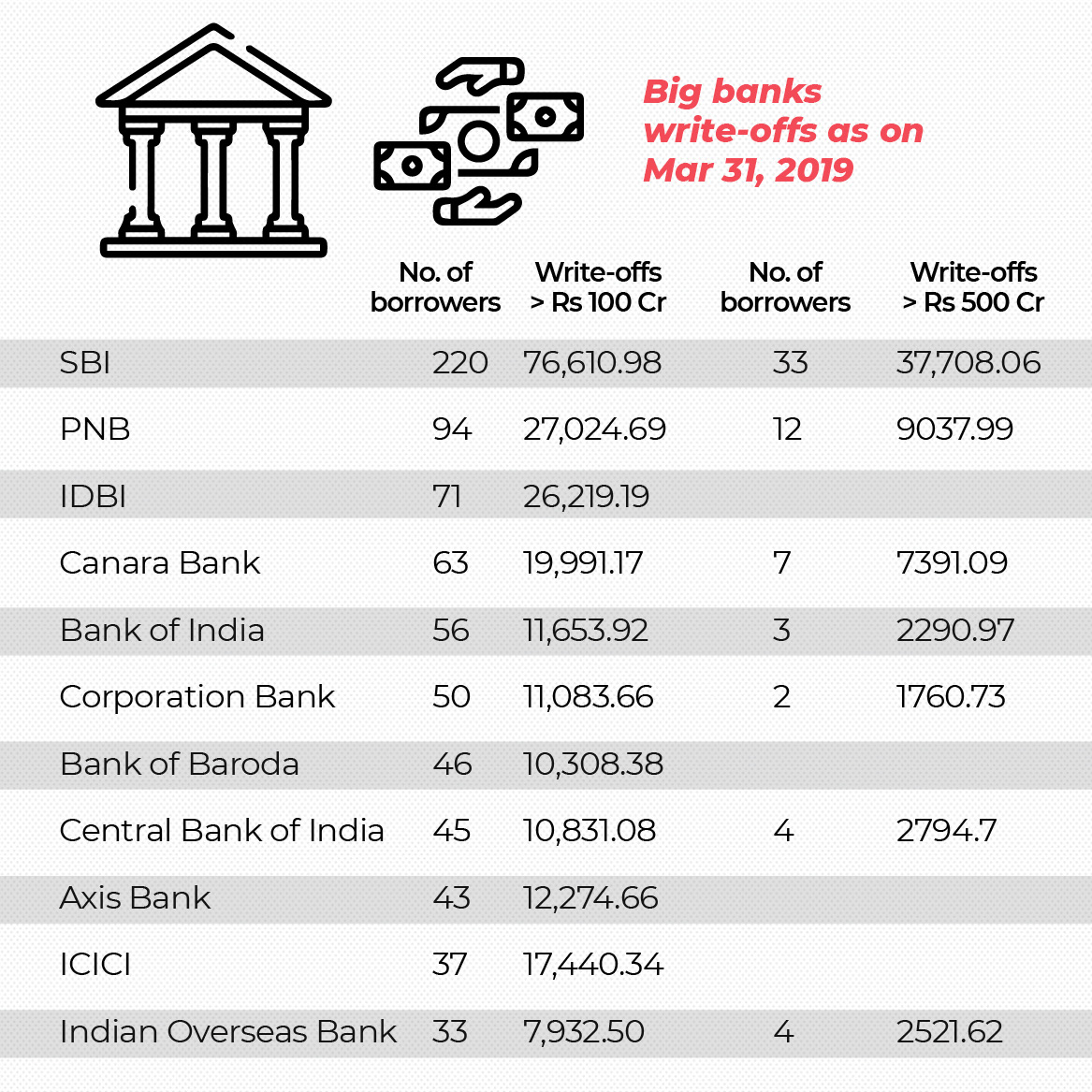 As many as 980 borrowers have been enlisted by the RBI whose debts of more than Rs 100 crore each had to be written off by banks. Of these, 220 accounts – more than one-fifth of the total number – belonged to the SBI. An average of Rs 348 crore was waived off in respect of each such account.

Of the 71 total accounts reported as having defaulted on loans of over and above Rs 500 crore each, the SBI’s share turned out to be 33 – 46% of the total.

Similarly, as of March 31, Punjab National Bank (PNB) had waived off debts of at least Rs 100 crore each in respect of 94 borrowers. The gross amount came out to be Rs 27,024 crore, with an average of Rs 287 crore per account.

The bank also wrote off loans of Rs 500 crore or more for the 12 biggest defaulters, amounting to a total of Rs 9,037 crore.

While the SBI and the PNB topped the list among the public sector banks, the IDBI Bank was is at the top among private banks. The IDBI also came third among all the scheduled commercial banks in declaring bad debts of Rs 100 crore or more. 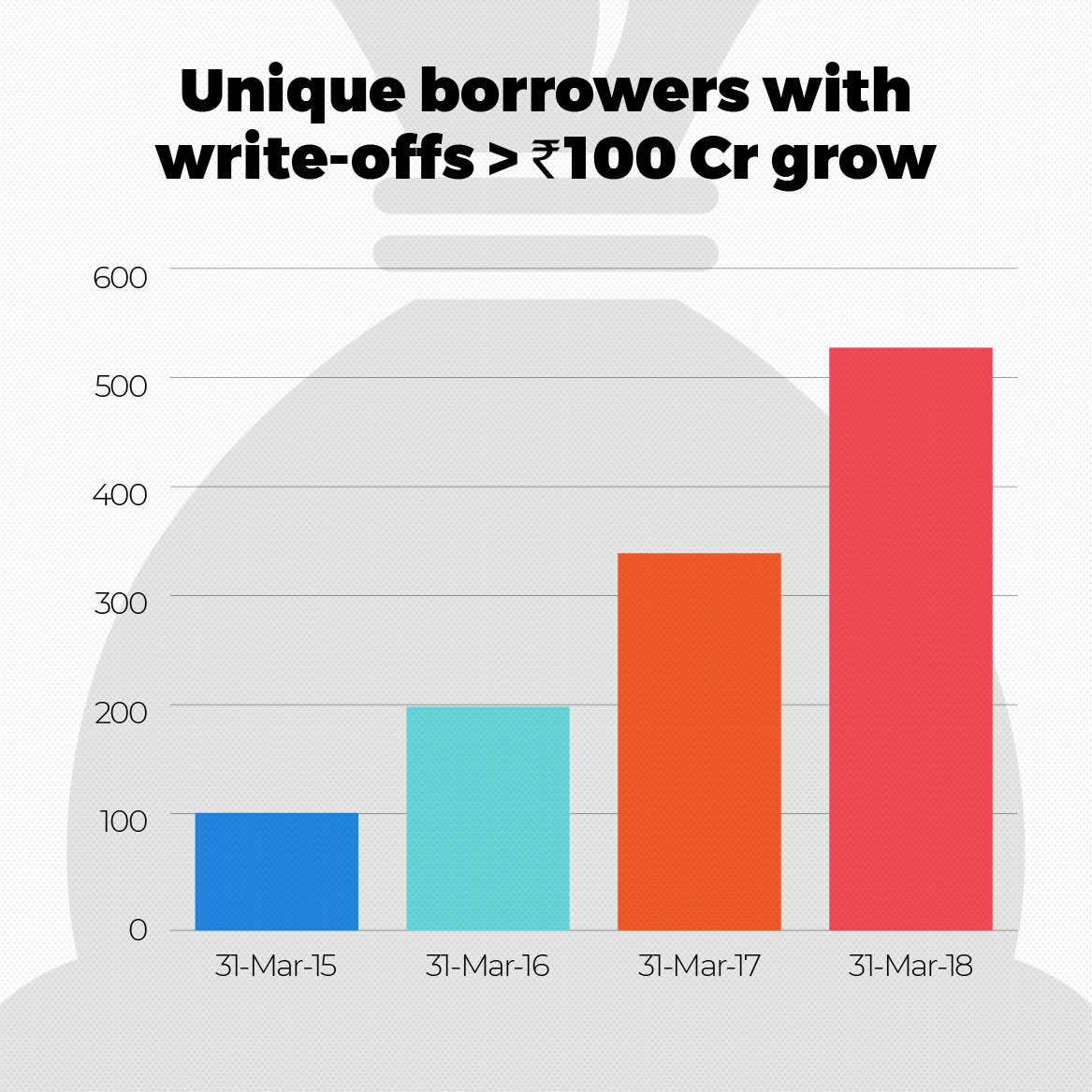 Among the private banks, Axis Bank had 43 such borrowers, followed by ICICI Bank with 37 such accounts.

Similarly, Central Bank of India and Indian Overseas Bank had four defaulters each, owing more than Rs 500 crore when their loans were written off.

The data has been accessed by CNN-News18 through a series of RTI applications following the Supreme Court judgments that directed the RBI to disclose relevant information on non-performing assets (NPAs) and bad debts under the RTI Act.