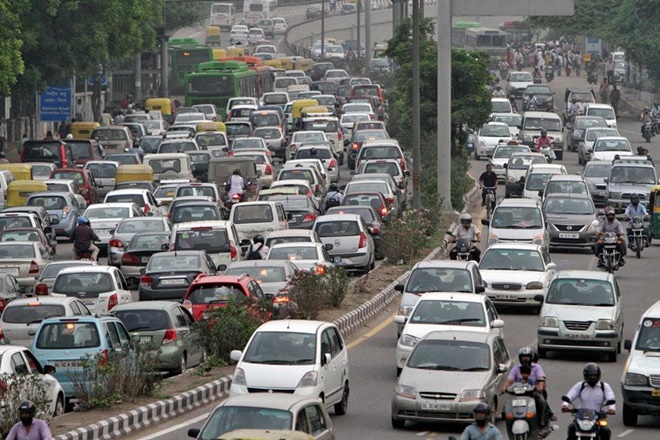 The Motor Vehicles Act got another upgrade in 2019. New rules have been applicable from September 1 and they have already created a lot of buzz. This is mainly because the penalties for not following rules have become a lot stricter.
Social media played its part in creating awareness about the updated law thanks to viral videos and memes. In a bizarre instance, a Delhi citizen was penalized with a fine of Rs. 23000 for not carrying necessary documents and riding without a helmet. Interestingly, he claimed that the penalty was higher than the cost of his bike!

While the Government insists that the increase in fines will help people to follow rules, some consider the penalties to be hefty. Certain State Governments are contemplating being a bit lenient with the fines, which have been increased by five times, and in certain cases by ten times, as compared to the previously existing fines.

Here are 5 must-know pointers about The Motor Vehicles Act, 2019 if you own a vehicle.

1) Your Safety
Wearing a helmet while riding a bike, and a seatbelt while being seated in a four-wheeler can prove to be life-saving in case of a road accident. However, people tend to overlook these basic safety rules. If the fear of losing one’s life is not enough, then maybe the fear of losing money (a penalty of Rs. 1000) can create the need to follow these basic rules.

2) Driving License
The first thing that traffic officials check in case they stop you while driving a vehicle is a Driving License. It is an important document as it authorizes you to drive a specified class of vehicle. Earlier, the penalty for driving without a valid license was Rs. 500. This has now been hiked to Rs. 5000.

3) Vehicle Insurance
Insuring your vehicle is a legal requirement. Purchasing Third-party Liability insurance is mandatory whereas buying Own Damage cover is optional, but highly recommended. Third-party insurance is compulsory because it covers you against liabilities if third-parties are injured or their property is damaged because of a vehicle-related accident caused by your two-wheeler or four-wheeler.

Driving an uninsured vehicle will lead to a fine of Rs. 2000 for first offence and Rs. 4000 for a repeat offence. There is a possibility of being imprisoned for three months as well. Thus, make sure your vehicle’s insurance policy is active.

4) Careless Driving
Over-speeding, driving in a dangerous manner, and involvement in racing are all punishable offences. Fines for such offences are in the range of Rs. 500 to 10000 (including repeat offences). There is a possibility of serving some jail time too.

5) Juvenile Driver
If a minor is caught driving a vehicle, the guardian will have to pay a penalty of Rs. 25000 and face three-month imprisonment. The registration of the vehicle in question will be cancelled for a year. The minor shall face the consequences as per the Juvenile Justice Act, 2000.