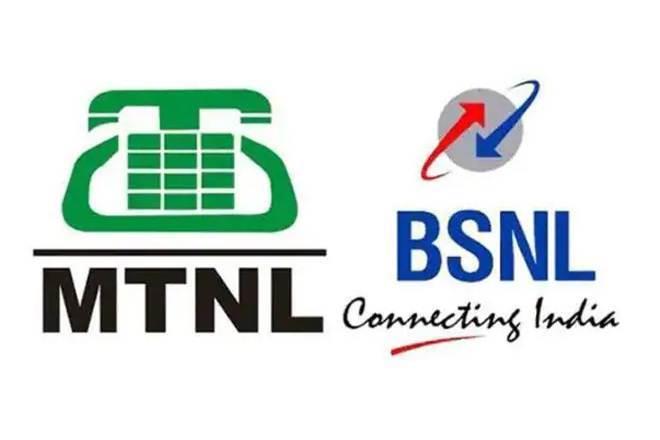 The Rs 95,000-crore cost of closure needs to be reworked as all staff need not be given VRS; some can be redeployed.

After shooting down the proposal of the department of telecommunications (DoT) to pump in a massive Rs 74,000 crore to revive the ailing BSNL and MTNL, the finance ministry has suggested that both the sick PSUs be closed down.

Sources said in the event of closure of the two PSUs, the cost won’t be as high as Rs 95,000 crore as argued by the DoT while making a case for a Rs 74,000-crore revival package. The Rs 95,000-crore cost was coming in the case of providing an attra-ctive voluntary retirement sche-me to all 1.65 lakh BSNL empl-oyees and its debt repayment.

However, in the event of closure an attractive VRS need not be given to all the staff of the two PSUs. Actually, there re three kinds of staff employed in the two PSUs: 1) Those directly recruited by the firms. 2) Those who came from other PSUs or government departments and got themselves absorbed in these firms, and 3) The Indian Telecommunications Service (ITS) officers. 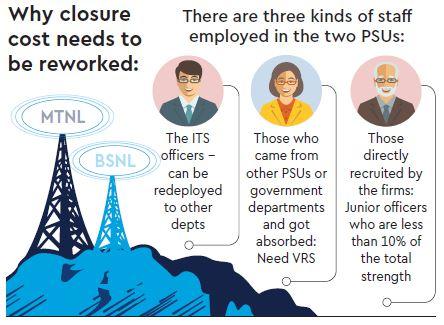 Now, in the case of closure, the ITS officers need not be given VRS but can be redeployed to other government departments. Those who are direct recruits are very junior staff, mostly technicians whose salary is not very high and whose strength is less than 10% of the overall staff. It is the absorbed staff which needs to be compulsorily retired by giving some form of VRS, which would entail some cost.

If the cost of closure is calculated on the basis of segregating the staff in these three broad categories, then it would be much less than Rs 95,000 crore. Sources said that the companies have been asked to identify the staff strength on these lines and then provide numbers so that actual cost of closure can be worked out.

Strategic disinvestment of BSNL or MTNL has been ruled out as there would not be any takers for it considering the current financial stress in the telecom industry.

The assumption behind the revival package, which involved an attractive VRS package to BSNL’s 1.65 lakh employees, reducing their retirement age from the current 60 years to 58 years, was that it would reduce the wage bill of the company which in FY19 was 77% of its revenues. Further, if the company was provided 4G spectrum by the government as part of the package then it would be able to compete in the market and start posting lower losses FY21 onwards and become profitable from FY24 onwards.

The components of the revival package drawn up by the DoT was as follows: The VRS payout would entail a cost of Rs 29,182 crore, another Rs 10,993 crore would be the cost in terms of payout of retiral benefits by advancing the retirement age from 60 to 58 years. The allotment of 4G spectrum would cost Rs 20,410 crore and another Rs 13,202 crore would be the capex required to roll out the 4G services.