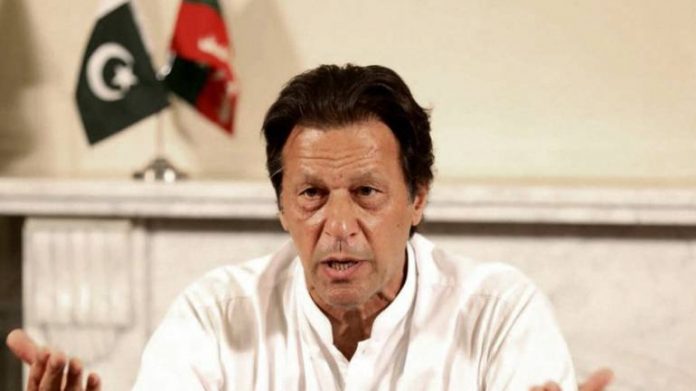 Prime Minister Imran Khan on October 5 asked the residents of PoK not to cross the Line of Control to extend humanitarian aid to the Kashmiri people after India removed the special status of the state two months back.

“I understand the anguish of the Kashmiris seeing their fellow Kashmiris in Jammu and Kashmir…. Anyone crossing the LoC to provide humanitarian aid or support for Kashmiri struggle will play into the hands of the Indian narrative,” Khan said in a tweet.

Pakistan has been trying to internationalise the Kashmir issue but India has asserted that the abrogation of Article 370 was its “internal matter”. New Delhi has also asked Islamabad to accept the reality and stop its anti-India rhetoric

Khan’s advice comes a day after tens of hundreds of emotionally charged Kashmiris from different parts of PoK set out in vehicular and motorcycle rallies to Muzaffarabad on the call of Jammu Kashmir Liberation Front, the Dawn reported.

India has been condemning “provocative and irresponsible” statements against it by Khan over abrogation of provisions of Article 370.

In New Delhi, Ministry of External Affairs spokesperson Raveesh Kumar on Friday said the comments made by Khan do not behove the post he holds.

In his maiden speech at the UNGA last month, Khan raised the Kashmir issue and demanded that India must lift the “inhuman curfew” in Kashmir and release all “political prisoners”.

“I think he is not unaware of how international relations are conducted. On that basis, he gives such statements. He had given an open call for Jihad against India. This is not a normal behaviour,” Kumar said.