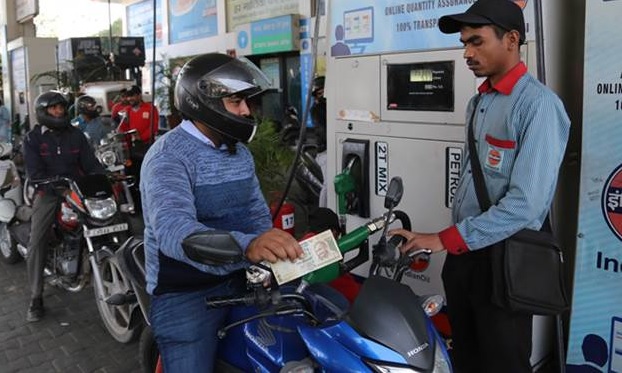 NEW DELHI : Amid volatility in crude oil rates, the prices of petrol and diesel today rose once again in India. Petrol rates increased by 15 paise a litre while diesel rates shot up by 10 paise per litre. Petrol price reached ₹80 per litre in Mumbai, where it is already at year-high levels.

The maximum surge was recorded in Maharashtra’s Parbhani where the price of petrol was ₹81.93 per litre and diesel ₹71.31 a litre.

The recent surge in petrol, diesel prices began from September 17 as a direct effect of the drone attacks on Saudi Arabia’s oil facilities. Since then, the prices have been on the rise everyday. Petrol price has gone up by ₹2.26 a litre while that of diesel has increased by ₹1.66