Founded in 2010, Ola has raised $3.3 billion to date, and is valued at $5.7 billion. Key investors in the startup include Softbank, Tiger Global, Tencent, Matrix Partners and DST Global

Fantastic startup valuations are nothing new, not in Silicon Valley, not in India’s Silicon Valley located in Bengaluru. But one transaction involving Ola appears curious even by the valuation standards we are used to.

On May 26, 2017, Ola Electric was set up as a 100 percent subsidiary of ANI Technologies, which operates Ola, India’s largest cab aggregator. A few dozen people were employed by Ola Electric, but they continued to be on the payroll of Ola (aka ANI Technologies).

Between December 2018 and January 2019, Bhavish Aggarwal, the founder and CEO of Ola, purchased 92.5 percent of the stake in Ola Electric for Rs 92,500. The balance stake was held by Ola for using its brand name. Soon after, a few dozen employees were transferred as full-time Ola Electric employees, documents seen by Moneycontrol show.

Before we go any further, here’s some basic background on Ola. Founded in 2010, Ola has raised $3.3 billion to date, and is valued at $5.7 billion. Key investors in the startup include SoftBank, Tiger Global, Tencent, Matrix Partners and DST Global.

In March, Ola Electric raised Rs 300 crore ($42.2 million) from Matrix Partners, Ratan Tata and Tiger Global at an undisclosed valuation. The fundraising was closed in February itself, a month after Aggarwal completed the buyout of Ola Electric. And then, in July, Ola Electric announced that it had raised $250 million from SoftBank at a valuation of $1 billion. Udaan says it is the fastest unicorn in India, taking 25 months to reach this milestone.

Does it ring a bell here? Between January, when Aggarwal valued Ola Electric at Rs 1 lakh, and July, when it was valued at $1 billion, what changed? Did Ola Electric do something so electrifying that its valuation was supercharged from nothing to a billion dollars in less than six months? 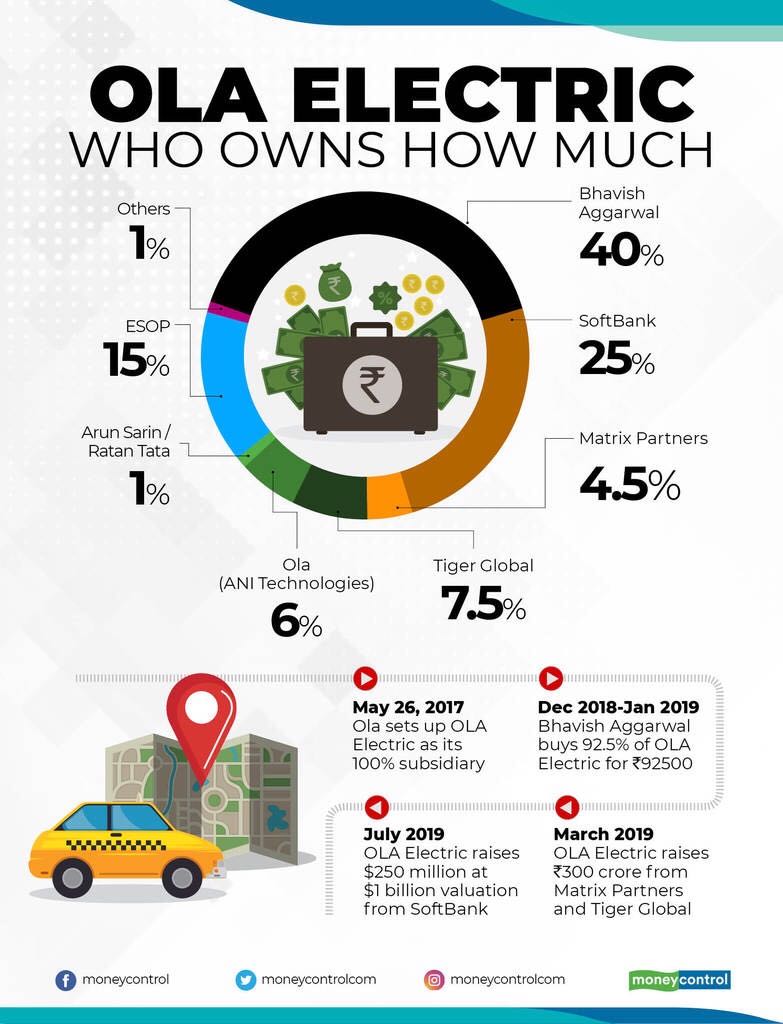 Now, legally, there is nothing wrong with the transactions. Presumably, all board approvals are in place and the investors (at least the ones who really matter) are in agreement. But what about ethically? What sort of governance standards is Aggarwal, a role model for young founders, setting?

According to Shriram Subramanian, founder and Managing Director of corporate governance advisory firm, InGovern, there are lessons in governance for startups from the WeWork episode.

“Corporate governance practices in well-funded startups has taken a back seat in the blindness caused by valuations,” he says. “The overarching question is whether companies are being built as sustainable entities or whether there is the valuation game at play,” he adds.

“Minority shareholders would have a genuine reason to be aggrieved by such a transaction as it is taking away value that has been created in a company they invested,” adds Subramanian referring to the Ola Electric transaction. “They can take recourse to corporate law to ensure they can also get beneficial interest in the other entity that was bought back.”

Today, Aggarwal owns a 40 percent stake in Ola Electric worth $400 million. He owns 6.7 percent of Ola, which puts the value of his holding in the company at $382 million. So, for having built Ola from scratch for nine years, Aggarwal’s stake in the company is worth less than what he managed to obtain in just a few months through Ola Electric.

Whatever the case, appearances do matter. Especially for founders who enjoy a profile, such as Aggarwal does.

Ola founder Aggarwal, and executives at the company’s top investors including SoftBank and Matrix had not responded to an email query sent on September 17.