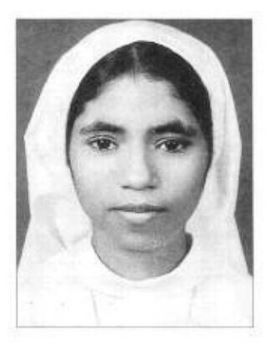 The Central Bureau of Investigation (CBI) on Tuesday strived to spring a surprise on the defence during the high-profile Sister Abhaya case trial.

The agency produced a retired professor who had taught Abhaya at BCM College for Women, Kottayam, in the early 1990s as an offside witness for the prosecution. Fr. Thomas Kottor and Fr. Jose Puthrikayil were members of the college faculty at the time. The court had discharged Fr. Puthrakayil in the case earlier for want of evidence.

The CBI produced her as a reliable character witness for the prosecution. Thressiama told CBI Special Court judge K. Sanilkumar that the conduct of the priests in the environs of the ladies-only college often appeared to be predatory.

Several students had complained to her and other teachers that they had felt acutely uncomfortable and insecure in the presence of the accused.

Ms. Thressiama and other teachers had visited the convent after news broke on March 27, 1992 that local people had fished out Sister Abhaya’s body from the well of the St Pious X convent owned by the congregation.

She said Fr. Puthrikayil had escorted them to the room in the convent where nuns kept vigil for the novice. Ms. Thressiama said the priest had pulled back the shroud over the nun’s body to show them her face.

The witness said she noticed two abrasions on Abhaya’s face.

A local photographer who the CBI had produced as a witness had stated the same earlier.

But two nuns who told the agency that they had observed minor wounds on Sister Abhaya’s face had recanted their assertion in court on Monday.

When CBI prosecutor Navas questioned Ms. Thressiama about the priest’s bearing at the vigil, she stated that Fr. Puthrikayil behaved as if he controlled the convent.

She noted that the priest had turned strangely aloof after the incident. He came to college merely to mark attendance.

Senior counsel for the defence B. Raman Pillai told the court that the CBI had produced Ms. Thressiama without prior notice.

It had tried to blindside the defendants by doing so. Mr. Pillai pointed out that the court was scheduled to examine three revenue officials in connection with the destruction of material objects of the case.

Mr Pillai refused to cross-examine the witness for want of due notice and preparation.

The court would hear the case again on October 1.