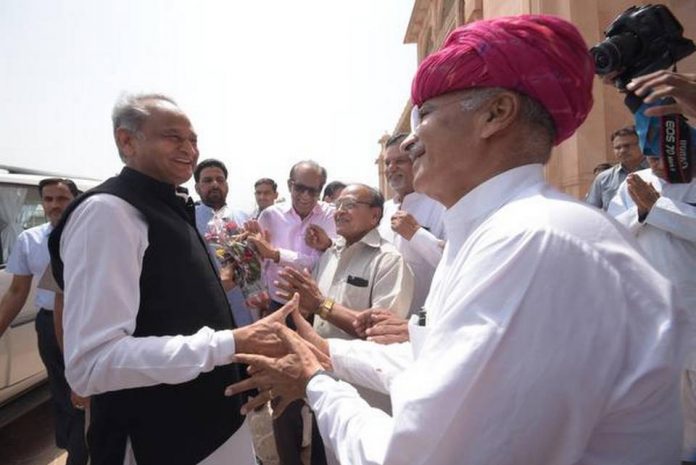 After deciding to merge with the Congress, the MLAs handed over a letter to Speaker C.P. Joshi around midnight

All the six Bahujan Samaj Party MLAs in Rajasthan joined the Congress on Tuesday, taking the ruling party’s tally in the Assembly to 106. After deciding to merge with the Congress, the BSP MLAs handed over a letter to Speaker C.P. Joshi around midnight.

The merger has come as a major boost to the Congress ahead of the municipal election in November this year and panchayat poll early next year. The BSP MLAs were earlier supporting the Congress from outside after the party won 100 seats and its ally Rashtriya Lok Dal won one seat.

BSP MLA Rajendra Gudha said the party members had taken the decision to ensure stability of the government and work for development of the State.

During Chief Minister Ashok Gehlot’s earlier tenure in 2008-13, six BSP MLAs had defected to the Congress which was five short of a clear majority in the 200-member House.