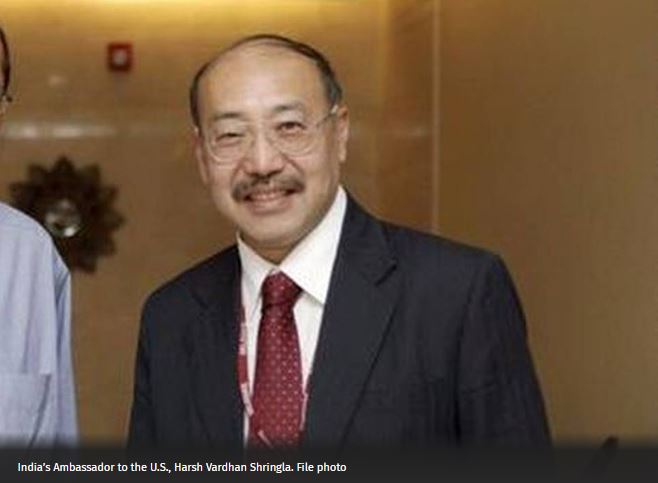 Article 370 was encouraging the inflow of Pakistani terrorism, says Shringla

Some sections of the American media, especially the liberal media, is focussed on a perspective on Kashmir that has being “pushed forward” by those who are “inimical” to India’s interest, the country’s ambassador to the United States has said.

Harsh Vardhan Shringla said New Delhi’s move to abrogate Jammu and Kashmir’s special status last month and bifurcate it into Union territories was done for the “benefit” of the people.

In an interview to PTI, the top Indian diplomat called Article 370, which gave special status to the state, an “anachronistic provision” that was “stifling the economy and encouraging the inflow of Pakistani terrorism”.

“Unfortunately, some of the media in the United States — particularly the liberal media— have, for reasons of their own, chosen not to provide this perspective, which is very important,” Shringla said. “Instead (they have) focused on a perspective that has been pushed forward by those who are inimical to our interest.”

Mr. Shringla said he and the Indian Embassy here had started a massive outreach to the members of the Congress, senators and the think-tank community about the factual positions on India.

According to the Indian ambassador, the recent changes in Kashmir would bring change for the better and in the interests of the residents of Jammu and Kashmir. It will help them get rights that have been “denied to them for many decades“.

“That is the point of view that we are trying to bring across,” said Mr. Shringla, who had posted a lengthy video on YouTube last week to reflect on the “real reasons” for changes in the status of Jammu and Kashmir.

“As we go along, this perspective — with the restoration of services, more than 90 per cent of Jammu and Kashmir being free of any restrictions without any violence, without any shot being fired — are important signals to the international community that a lot is being done in a manner that is in the best interest of the people of Jammu and Kashmir,” he said.