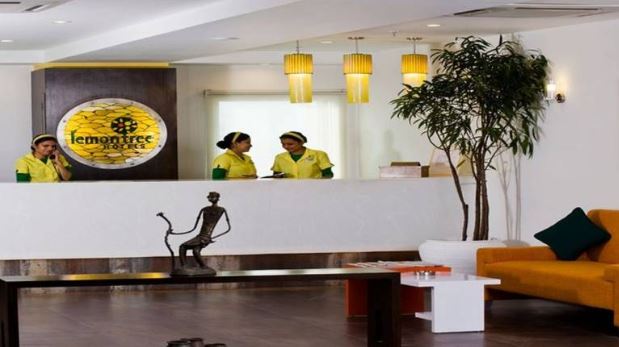 The brokerage valued the stock at 18x FY21 EV/EBITDA and arrived at a target price of Rs 75 while maintaining buy call.

While maintaining estimates over FY19-21, the brokerage expects revenue to grow 45 percent to Rs 1,160 crore and EBITDA CAGR at 71 percent to Rs 490 crore. The growth should mainly be driven by the recently commenced/upcoming hotels in high demand and high ARR markets of Pune, Mumbai, Kolkata and Udaipur, it said.

Additionally, management remains confident of achieving EBITDA of Rs 60 crore in FY21 from its recent acquisition of Keys Hotels, for which, it has laid down a plan of action.

The brokerage valued the stock at 18x FY21 EV/EBITDA and arrived at a target price of Rs 75 while maintaining buy call.

While Lemon Tree’s acquisition of ‘Keys Hotel’ brings with it synergistic benefits (both on cost and revenue front), the deal is also expected to aid room addition under management contract, Motilal Oswal feels.

Hotel enquiries that did not qualify under company’s existing brands can now be considered under the Keys’ brand; thus, paving the way for company to add hotels in a slightly lower category without diluting its existing brands, it said.

Lemon Tree launched ‘Aurika’ in the upscale segment to target the existing customer base (more than 1.1 million) of its loyalty program. Also, the company was earlier unsuccessful in converting inquires for managing upscale hotels as it lacked a brand operating in the segment.

Thus, its new brand ‘Aurika’ will enable the company to target upscale hotels as well, the brokerage said.

Company plans to launch two hotels under the ‘Aurika’ brand, one each in Udaipur and Mumbai. The Udaipur property with 134 rooms should commence operations in October 2019, while the Mumbai property with 669 keys should get operational by November 2021.

“The company has already received pre-booking for 1,000 room nights with an average ARR of Rs 16,000 for the Udaipur hotel. Incremental room addition under the brand will be through the management contract route only,” Motilal Oswal said.

Company is aiming to be debt free in the next eight years. With major capex being required only for the 669-room Keys Hotel in Mumbai (expected to commence operations by November 2021), management expects capex cycle to end in the next three years.

As part of its strategy, management intends to (a) monetize its owned hotel assets over the next few years, and (b) operate hotels via management contracts only, the brokerage said.

As at June 2019, Lemon Tree had a debt of Rs 1,266 crore; of this, 55 percent can be attributed to adult hotels (stabilised hotels), which have the capability of generating enough cash to service the debt themselves. Thus, management is comfortable with its current level of debt, it added.

Despite the weak operating environment in Q1FY20, occupancy of Lemon Tree’s same hotels inched up 268bp YoY to 79.5 percent. Further, the company has commenced operations of its new hotel in Mumbai and has plans to launch a new hotel each in Udaipur and Kolkata.