Debt is widely considered the lifeblood of commerce. Retail (or consumer) debt has long been a measure of the proclivity of people to spend (sometimes money they do not have). A Hindustan Times analysis of retail debt data suggests that Indian household are becoming austere – perhaps from the fear that their and the country’s long-term prospects have deteriorated, or perhaps for some other reason .

This data is available until July, 2019. Headline growth in personal loans has been fluctuating within the range of 15%-20% in the last one year. More than half of personal loans in India are housing loans, which have actually shown a growing trend in the last two years. Since this head includes priority sector housing, part of it could be the result of government’s push on welfare housing programme. 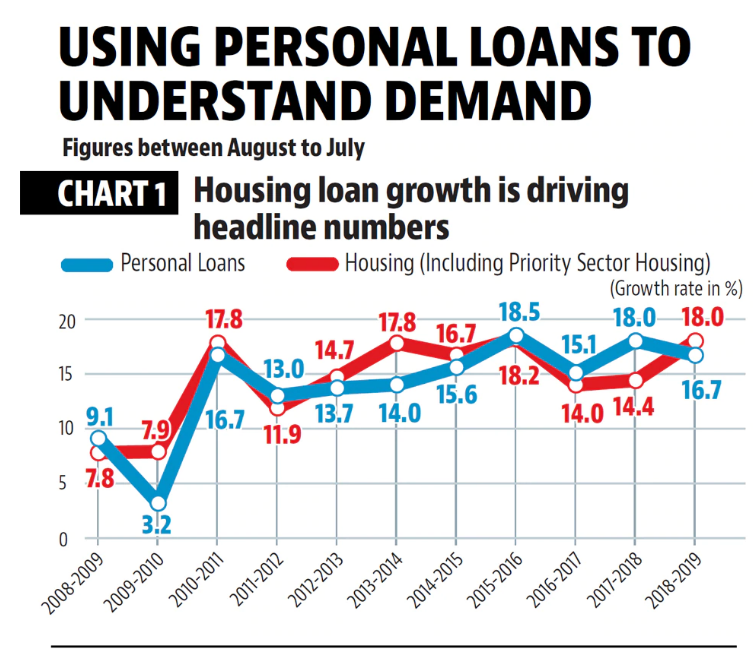 Vehicle loans have been the second biggest component of personal loans since 2007. Annual growth in vehicle loans between August 2018 and July 2019 was 7.7%. This is the lowest under the current government. To be sure, the number was even lower in the three years before the Modi government assumed office. Between August 2008 to July 2009, August 2009 to July 2010, and August 2013 to July 2014. The first two could have been the impact of the global financial crisis. The last could have been a result of economic despondency owing to what is referred to as policy paralysis during the second United Progressive Alliance (UPA) government. The trend in consumer durable loans in the last one year is worse – a decline of 75% between August 2018 to July 2019, on the back of a 1.6% decline in the corresponding period of the previous year. 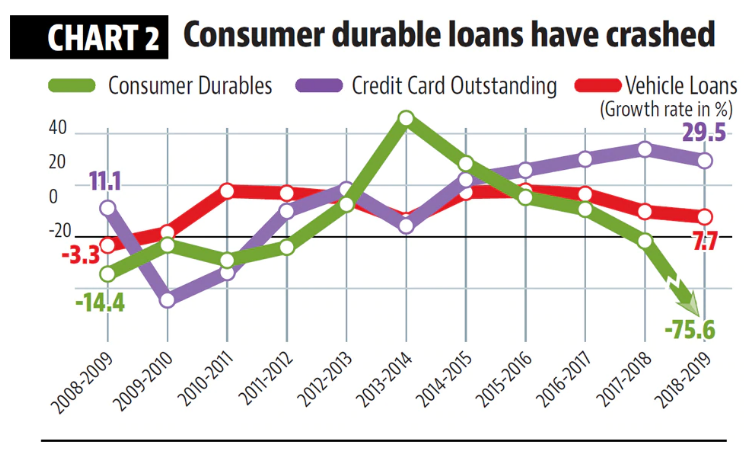 These trends suggest that a large number of Indian households are cutting back on what can be described as lifestyle spending. To be sure, credit card spends have been continuing to rise – an indication of at least some of the consumer product loans being routed through credit cards – but their penetration still remains low in India.

Another disturbing trend in the personal loan data is the fact that education loan growth has been falling continuously in the last decade and it has actually declined in the last two years. Understanding the reasons for this will require more research, though. 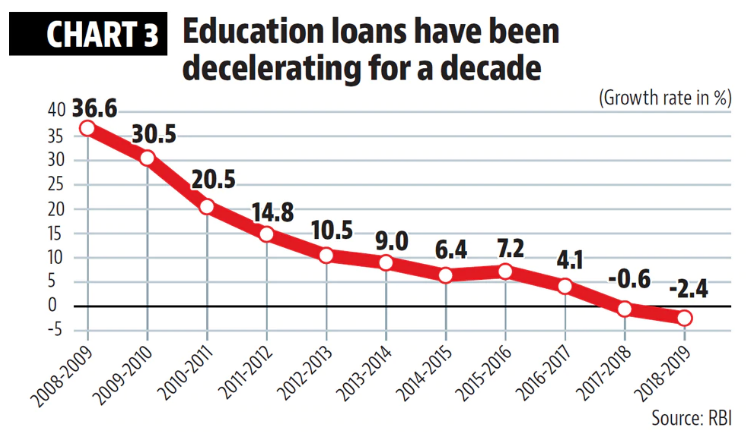 These trends point towards a crisis of confidence in the Indian economy. While households are not shying away from buying houses on credit, which brings tax benefits and probably also saves rent, they are unwilling to splurge on cars, durables, even education. These are expenses which are premised on hopes of better earnings in the future